Becky Lynch built her whole ‘The Man’ character on social media. After losing the triple threat match for the SmackDown Women’s Championship against Charlotte Flair and Carmella at SummerSlam 2018, Becky brought a big change to her ‘happy, free-minded’ gimmick by transforming herself into a more serious anti-heel figure. Twitter played a big role in establishing her character in WWE Universe as she would constantly tweet regarding her on-going feuds to get the attraction.

She and Ronda Rousey kept their rivalry alive despite being on being brands just by tweeting at each other during the road to WrestleMania.

Recently the Raw Women’s champion has not been as active on social media as she used to be. Talking about that at WWE Gorilla Position Live at the O2, London, Lynch explained that she was using the social media as a means to get herself over and to establish her ‘The Man’ character.

Now she feels that people would get tired of the same thing and would start rolling their eyes. So, she has focused her attention to other things and is hoping that they can make a similar impact for her character.

“With the social media stuff I was trying to establish myself. But I don’t do that as much now, you can’t have too much of a good thing before people roll their eyes and now I feel like I don’t need to use that method to establish myself as I’m at a certain level.” pic.twitter.com/4wDl0PbHHl

“With the social media stuff I was trying to establish myself. But I do not do that as much now, you can not have too much of a good thing before people roll their eyes and now I feel like I do  not need to use that method to establish myself as I am at a certain level.”

Becky Lynch’s next match is on this Sunday’s TLC pay-per-view, where she is going to team with Charlotte Flair to challenge the Kabuki Warriors for the Women’s tag team championship in tables, ladders and chairs match. After her handicap match against The women’s tag team champions on this week’s Raw ended in a disqualification, the match was made official on the show itself.

Becky has however not defended her Raw Women’s Championship in more than two months now. She last defended it against Sasha Banks at October’s Hell in a Cell where she convincingly beat her inside the structure.

Then, she got involved with NXT women’s champion, Shayna Baszler and SmackDown women’s champion, Bayley in the build-up to Survivor Series to gain brand supremacy, which she lost after Shayna submitted Bayley. 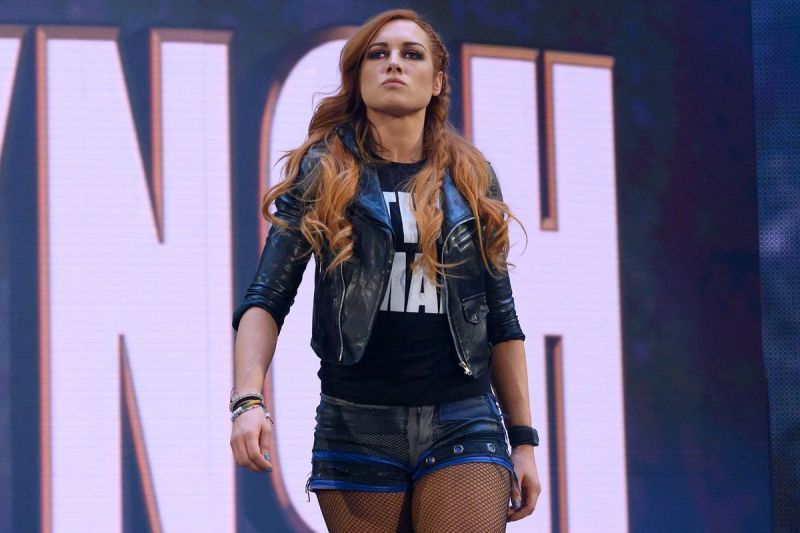 Asuka has pinned Becky on multiple occasions in the recent past. Seems like the TLC match will be a way to build up a match between Becky and Asuka for January’s Royal Rumble. Becky has never defeated Asuka in any match. In fact, she lost the SmackDown women’s championship match against Asuka at this year’s Royal Rumble.

Twitter or not, Becky is still the most over wrestler on Raw at the moment. In the absent of WWE champion, Brock Lesnar, Becky has taken over the responsibility of being the face of the Raw brand and is doing her job exceptionally well.

Nevertheless, in other new, AEW has announced its next pay-per-view called AEW Revolution which will take place on February 29 at Chicago.

Our next PPV is around the corner!
AEW Revolution!
Saturday, Feb 29th
Chicago, IL
Wintrust Arena

Share
Facebook
Twitter
Pinterest
WhatsApp
Previous articleTalking Points: What Arsenal Did Right To Beat West Ham And Need To Do In The Europa League Now
Next articleWhat Does The Lifting Of The Transfer Ban Actually Mean For Chelsea?