Tessa Blanchard Accused Of Racism And Bullying By Many Women Wrestlers 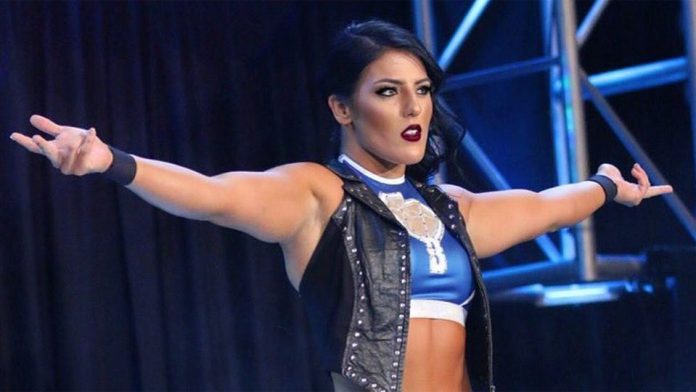 Impact wrestler, Tessa Blanchard was accused of racism and bullying by many women wrestlers like Chelsea Green and Allysin Kay. This all started on Saturday afternoon when Blanchard posted a Tweet asking women to support each other. This at first seemed like a normal Tweet from a female wrestler who was proud of what women are doing in the wrestling industry and as one of the popular women wrestlers, wanted them to continue to support each other.

However, even in her wildest dream, she wouldn’t have imagined that the Tweet would become a matter of big controversy.

Kay was the first to respond when she accused her of spitting on a black women wrestler and calling her the N-word in Japan during her time there. It was good to see her speak out against racism.

Remember when you spat in a black woman’s face and called her the N-word in Japan? Was that you “supporting women“? The AUDACITY of this tweet https://t.co/P49uNWsqIH

WWE’s Chelsea Green was the next to respond when she accused Impact star of bullying and belittling many women wrestlers in the industry including her.

You’ve consistently put down, bullied, and belittled countless female coworkers, including me. Is that support? https://t.co/MrOOksiijk

Blanchard responded to Chelsea’s tweet saying that she was nothing but nice to her and all her accusations are false and she is only doing it for clout.

I’ve never been anything but kind to u. I’ve dealt with mean girls since I started..not saying I’m a saint, hell I’ve had my ups&downs & Ive made silly decisions…Such is life. u have ZERO merit in your comments..Instead putting me down here for a little clout…you’ve got my #! https://t.co/wBxvnnUx4G

She then sent another saying “not true”, which was probably aimed at Kay for her racist accusations, though she didn’t make it clear.

not true. That’s my statement and the most attention I’ll give it because of how actually ridiculous it is.

Now, many other women are coming out to share their unpleasant experiences with Tessa Blanchard. Priscilla Kelly took to Twitter to share that Blanchard constantly bad mouth her in front of various people from the industry because of the spot from Surburban Fight that went viral on the internet.

Remember publicly putting me down on twitter last year for something that didn’t involve you whatsoever, then continuing to drag my name to other people for it?

AEW’s Big Swole confirmed the racist accusations and said that such stories are finding their way on social media just now.

So since we telling stories….Big Swole's turn. I won't speak on all the other stories but the one about La Rosa I know personally. This past year at Wrestlecade I spoke to her about this and about hashing it out with Tessa. I've spoken to Tessa as well, after talking with

light on social media. People are entitled to deal with this how they want. I just want the world to know the last part of the story.

Fightful’s Sean Ross Sapp tried to reach Tessa Blanchard to get her version of the events, but she didn’t respond to her calls. She was also supposed to speak at a Q&A on Sunday afternoon to promote Impact’s upcoming pay-per-view, Hard To Kill, but now that is no longer happening. Sean also told that David McClane emailed the WOW roster to tell them to give ‘no comments’ to any questions about the story.

Fightful has reached out to Tessa Blanchard personally about the accusations levied today, but have not heard back. She was scheduled to speak at a Q&A this afternoon to promote Hard To Kill but we are told that is no longer happening. In addition to this, we are told David McClane specifically emailed the WOW roster to tell them to give a “no comment” on any inquiries about the story.

He also said that he reached to other Impact wrestlers for a comment on the story and they told that Blanchard has been at her best behaviour since joining the Impact roster. They have heard about the allegations but have never experienced it themselves.

Till now, only her fellow Impact wrestler, Moose has come out in Tessa’s defence.

I guess you and @ImChelseaGreen are absolute angels with a clean past. The timing of these tweets from you guys shows a lot about your characters. https://t.co/LPCeiLowzJ

Such stories couldn’t have come at the worse time for her as she is scheduled to face Sami Callihan for the Impact World Championship at Hard to Kill in an intergender match on Sunday, a day after the accusations surfaced.

Many women have already started sharing the stories and it’s not even been 24 hours since the initial tweet. We will have to wait and see how Blanchard responds to it and how it will affect her professional career. Say No to RACISM.