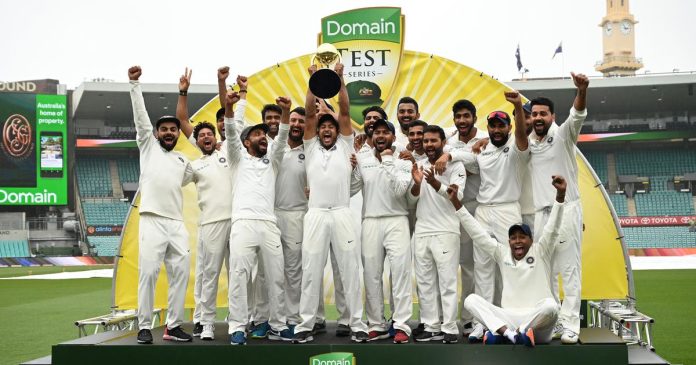 After the Indian squad stood tall on the Aussies in the Kangaroo Island, handing Tim Paine and company a 2-1 series defeat, fans around the world opened up their celebration boxes for the well-fought victory and a boost in India’s position in the World Test Championship. However, on closer analysis, the win has kept India on edge, as Virat Kohli’s team tops the table now, but there’s still a lot of work to do.

Carrying the baggage of a clean sweep defeat in New Zealand, the Indian Test team will have to hand England a heavy defeat as Joe Root leads his side starting on February 5 in Chennai. England– now bolstered by the likes of Ben Stokes and Jofra Archer – will want to take momentum after winning against Sri Lanka. New Zealand, who is expected to play no more cricket, will hope to see India and Australia lose their respective series.

Here is a team-wise analysis of the World Test Championship:

The only remaining matches for the WTC leaders are against England in a four-test series at home. Kohli will have to shake the bag for at least 80 more points to book a ticket to Lord’s. India must beat England by a 2-match margin, which means if India loses one Test, all others must be a victory. India has to win either 4-0, 3-1, 3-0, or 2-0. If India loses 0-3 of 0-4, they will not make the final regardless of other results.

New Zealand has played their quota in the World Test Championship. With the Bangladesh series most likely to be called off. They will expect South Africa to beat Australia 3-0 or 2-0 margin. And England to win all their remaining matches, to step into the finals.

Australia has no option to win at least 2 of the 3 games in that series. Which is yet to be confirmed, and avoid any losses. Going into South Africa, Australia cannot simply afford to lose the series. They already lost 4 points due to a slow over-rate in the MCG Test and need 89 points versus Quinton De Kock and company

Four Test matches in India must result in a clear win for Joe Root to celebrate home advantage at Lord’s. 2-2 drawn series vs India won’t be enough.

South Africa stands a chance if they clean sweep all the remaining series – against Pakistan and Australia.

What Next For The World Test Championship:

The concept seems to be working well and it has gotten the teams pumped up. At least, Test cricket is now heading in a new direction. This can only be good for the fans who have been diehard fans of the longer format of the game. Anyone who thought that cricket was losing its charm has a new thing or two coming their way.

The sport has a lot of positive aspects to look forward to. Things can only get better from here if the ICC puts in efforts in the right direction.