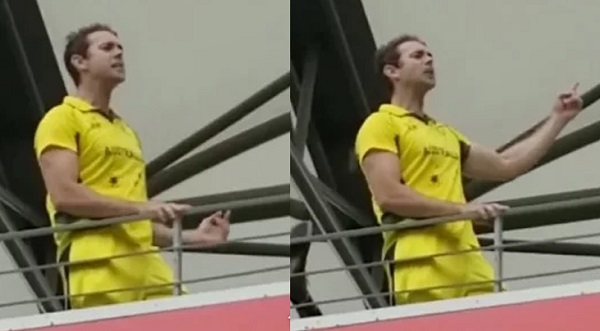 The Story From The Final Match- An Australian fan, in the yellow Aussie jersey, was seen chanting ‘Bharat Mata ki Jai’ at Gabba. A video posted on Twitter received lauds from all over the world, especially from Indian fans. The Australian fan won the hearts of many Indians.

India as they say ‘breached the Gabbatoir’, a victory no team had seen in the past 32 years. What made the win even more special was the way the youngsters brought it. A side dented by injuries, no bowler from the 2018-19 Border-Gavaskar triumph in the playing 11, and the regular skipper Virat Kohli not around.

This side still went on to make history. Rishabh Pant picked up a full toss and placed it straight enough to find the fence as the Indian players dancing and jumping – entered the field to celebrate the win.

Meanwhile, the Australian fans were mightily disappointed with the home team. However, one of the fans, from the crowd, wearing the Aussie jersey, showed his support for Team India. The supporter was heard, saying, “Bharat Mata Ki Jai”.

Some of the best Twitter reactions to the ‘Bharat Mata ki Jai’ chants:

“I was very lucky to be at the right place and at the right time to record this amazing chant by this cool bloke and that too with an impeccable pronunciation,” a Twitter user said posting the video.

“Wow, this is a very good sign after those racist slurs ruined the mood. [email protected] #TestofChampions,” another one replied.

The final day’s play required the Indian team to score 304 runs to win. That was with the visitors have all their wickets in hand when the day kicked off. A draw would’ve seen India retain the trophy. For anything positive from the series, Ajinkya Rahane and the company needed to go through four sessions of play against the lethal and fierce Aussie bowlers.

Indian vice-captain, Rohit Sharma was dismissed early to Pat Cummins. His partner, Shubman Gill went on to score a brilliant 91 run knock. Taking on the likes of Mitchell Starc for 20 runs in an over. 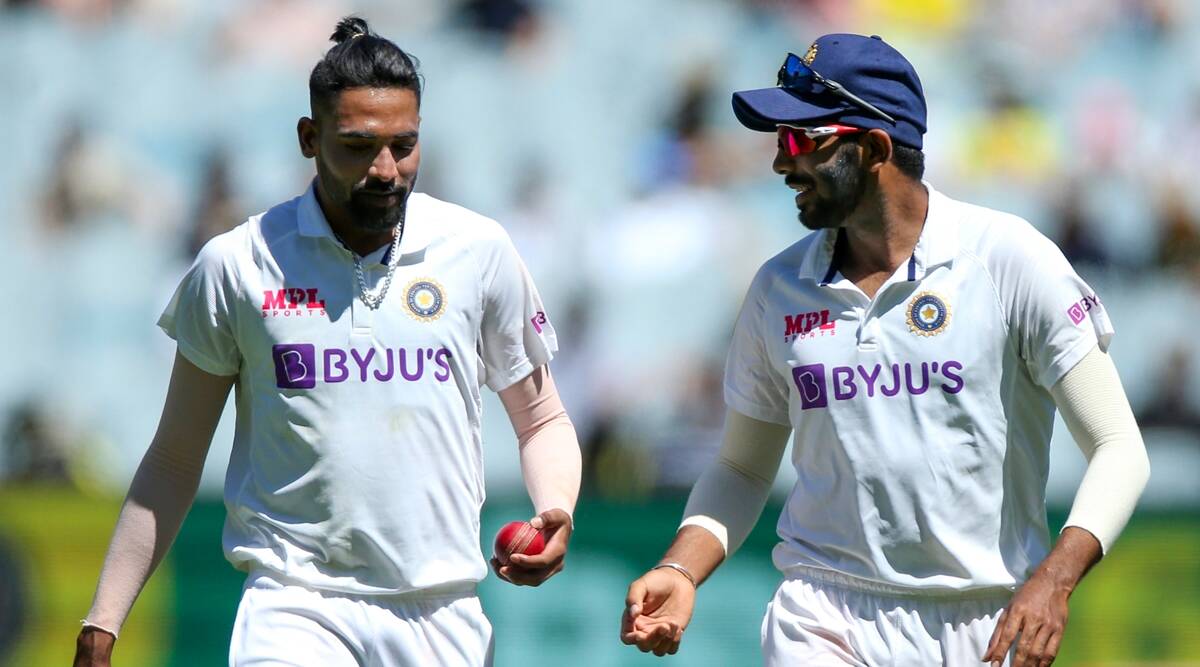 However, on the other end, there was Cheteshwar Pujara – the wall of modern Indian cricket. Who stood there taking bouncers to his body, seeing his finger almost break and his helmet’s stem guard blow off in a 196-ball half-century.

Gill fell to Lyon at that point. It was then Ajinkya Rahane, who looked dangerous. However, he too was dismissed early but then came in Rishabh Pant. The wicketkeeper-batsman along with Pujara did manage to put up a partnership. That was good enough, taking India to as close as 100 runs needed. With Mayank Agarwal, Washington Sundar, Shardul Thakur, and Navdeep Saini by his side, Pant, who scored an unbeaten 89, finished the match.