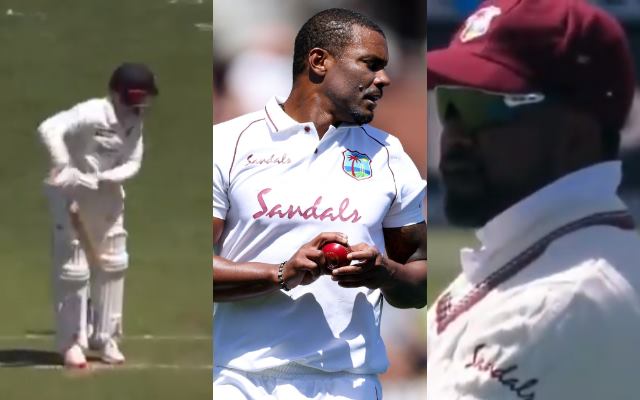 As per a report, three men of Indian nationality have been arrested from the Zahur Ahmed Chowdhury Stadium in Chattogram. The reason for their arrest has been the fact that they are suspected of betting on the cricket match from within the stadium. The game from which the Indian fans were arrested was the one between Bangladesh and the West Indies.

So, as per the recent stories going around, at about 2.30 pm on Saturday (6th of February), Sunil Kumar (38), Chetan Sharma (33), and Sunny Maghu (32) were handcuffed and taken away. They were arrested by members of the National Security Intelligence (NSI) and were removed from the main entrance of the stadium in which the first Test match between Bangladesh and the West Indies was being played.

This wouldn’t be a good sight for the cricket fans across the globe. Any betting scandal can bring a bad name to the game. Already, Shakib Al Hasan was banned for a year due to bookies contacting him. This could bring more bad name to Bangladeshi cricket.

Why This Does Not Bring A Good Name To Indian Fans As A Whole?

The match was actually being played behind closed doors. This was due to the Covid norms and there were supposed to be no fans in the stadium. However, the three accused somehow managed to get into the ground undetected. This was surely due to their intentions of making money from the game.

Despite that, it backfired on them and they were caught. Not good for both countries with respect to reputation. Yet, the only positive was that the BCB was able to get the accused arrested.

The Officer-in-Charge (OC), Hasan Imam of Pahartali Police Station said, “The BCB accused them of betting through digital means inside the stadium. They were formally arrested today. We are also investigating how they were able to go to the stadium when spectators are banned.”

More Details From The First Test Match Between Bangladesh And West Indies; A Historic Win For The Visitors

Kyle Mayers (210*) produced a special match-winning performance in this match. His unbeaten score helped the West Indies chase down the target of 395/7, with three wickets left and 15 balls to spare in the fourth innings of the match. The way that he played in his team’s second innings was just brilliant.

He single-handedly guided his team to this historic win and chased down a massive score. There were some more brilliant contributions with the bat and the ball in the game. However, this score by Mayers totally stood out. He was adjourned Man Of The Match for his vital contribution to the win.

The Indian fans must remember the historic win at the Gabba. However, this was equally a special one too. It would have really made Test cricket fans love the game even more. What a brilliant batting performance and an overall game. This is exactly why the Test cricket loyalists love the longer format of the game. Hopefully, more such five-day finishes follow in the days to come.