IPL 2021 Updates- The internet just has a way of finding all the right things and talking about it. They either talk about funny responses, moments or trolls. Or they just find some random topics to have a laugh about. This happens a lot on platforms like Twitter. Certain things start trending and before we know it, it is already viral.

The Picture That Went Viral And The Mystery Girl

The cricket fans have a habit of making things viral. It is often a beautiful lady in the stadium or in some significant place that catches everyone’s attention. Eventually, the picture starts going viral and becomes the talk of the town.

Such has been the case yet again and this lovely lady was talked about. However, the question now is, who is she? The name of the lady in question is Kaviya Maran. She is associated with the Sunrisers Hyderabad, we all know that. Let’s take a look into the details of what exactly she is!!

What Is Kaviya Maran; What Is Her Relation To SRH?

The lady in the SRH camp that grabbed eyeballs is Kaviya Maran. She is the CEO of SRH. During the auction of the IPL 2021, the camera panned towards the table of the former IPL champions. The fans could get a glimpse of her and got talking about her on Social Media once again.

For those who don’t know, she is the daughter of Kalanithi Maran. The man who is involved with SUN Music and FM channels of SUN TV. This is not her first appearance. Previously, she was seen on television during IPL 2018. At that point in time, she was seen supporting SRH. It was in a match against the Kolkata Knight Riders (KKR). 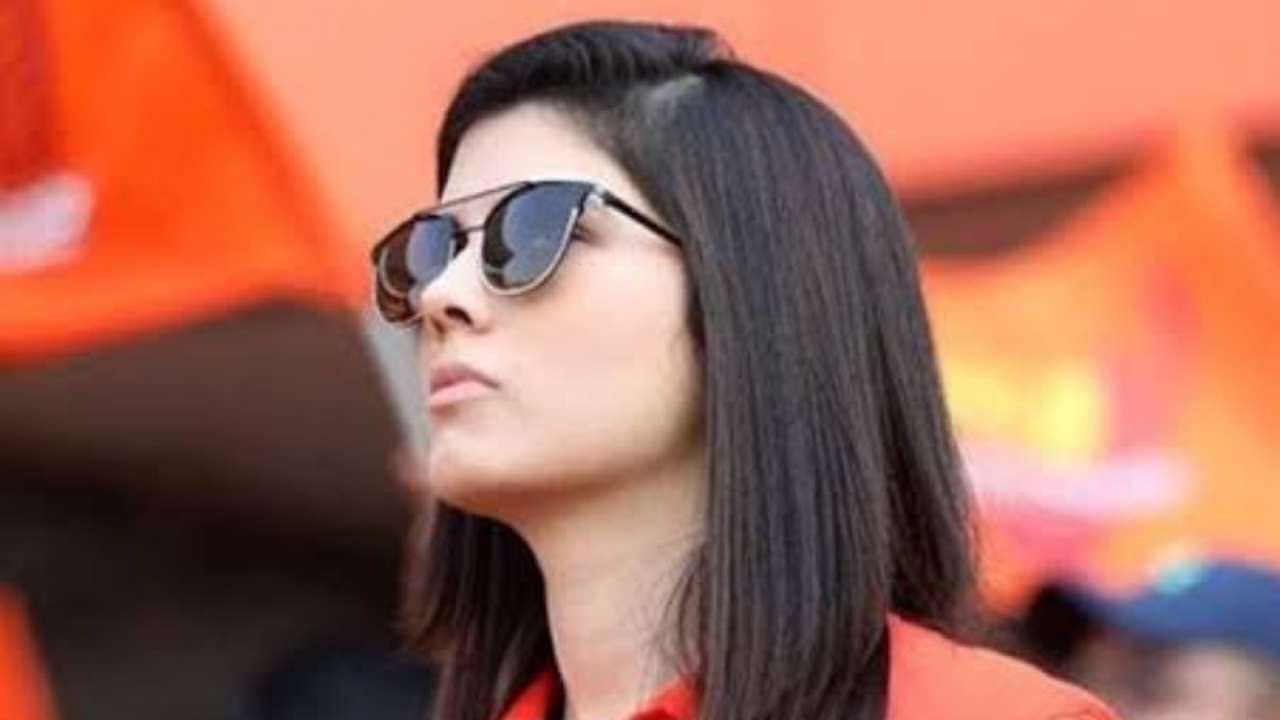 The lady sent out a Tweet out as well, talking about her presence at the IPL 2021 auction. She sent out a Tweet, though she, later on, deleted it for some reason. Below is the Tweet that was sent out from her Twitter account-

Overall, it was a good auction for SRH too. They are already a fairly good side that under-performed initially last IPL. However, they did manage to recover and reach the playoffs. Despite their exit in the second eliminator, they did impress one and all with their resilience.

With that being said, IPL 2021 will be a big tournament for all the teams. This could be the last time that we see eight teams in the tournament. There could be ten teams in the competition next season. Due to that, the teams will be desperate to leave their mark on this year’s competition.

Another reason why IPL 2021 is important is the fact that the T20 World Cup is in India, later this year. Due to that, the players want to be ready to play in these conditions. They will be keen to be well-versed with the conditions to perform to the best of their ability. A lot of them are skipping certain series as well to play in the IPL this time around.