Watch: Epic Finish To England Legends Vs West Indies Legends; What A Game? 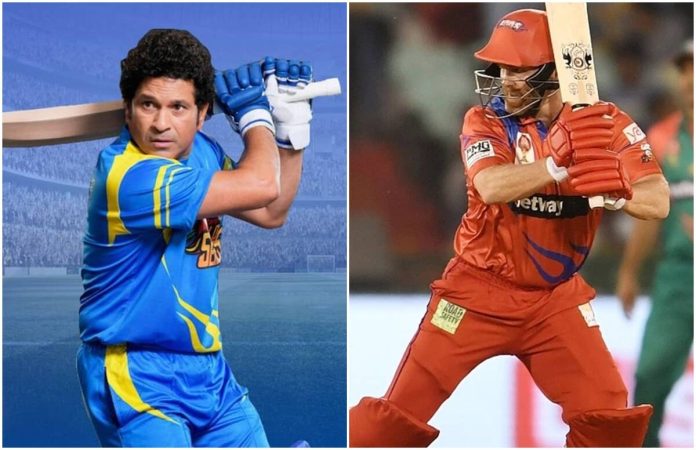 The fans could not help but talk about the match, as it produced a really good finish at the end. It is always good to see competitive cricket being played between two teams who want to win. Such was the case once again and the fans loved every minute of it.

The End Of The Match- England Legends Vs West Indies Legends; What A Game

England Legends batted first and made a total of 186/3. In response, the West Indies Legends made a total of 187/5. They won the game by five wickets on the last ball. The final run was scored off the final delivery. There was a chance for the English side to take the game to a super-over.

That is when the batsman hit the ball and ran for a single. The opportunity for the runout was wasted, as the throw was wide from the target. In the end, the game ended with a win for the Windies.

A game good and a hard-fought win. That is what the fans want to see. The batting side needed five runs off the last over. They managed to score that on the last delivery on the game. It was a quickly taken single and the players of the West Indies Legends were delighted. What a positive result for them!!

The Overall Highlights Of The Game; Where Do The Teams Stand At Present In The 2020-21 Road Safety World Series?

P Mustard scored a 50, Kevin Pietersen scored a 38. On the other hand, Owais Shah got a 50 as well for the England Legends. Dwayne Smith got a couple of wickets while bowling. On the other hand, Smith made a well-paced 58 to lead his team to the target. Narsingh Deonarine scored a 53 as well and Kirk Edwards got a decent 34.

All these added up to help the West Indies Legends’ total reach the target. A great win for them and they did enough to get over the line. Their team played well as a unit and chased down a fairly good total.

At present, the India Legends and Sri Lanka Legends lead the table with 20 points. They are right there at the top. On the other hand, the Bangladesh Legends are at the bottom of the pile with just four points. All teams will now want to perform at their very best, as they want to do good things and win the Series. However, it will always be tough to choose a clear winner and the game England Legends Vs West Indies Legends showcased once again just that. These legends still have some fight left in them for sure!!