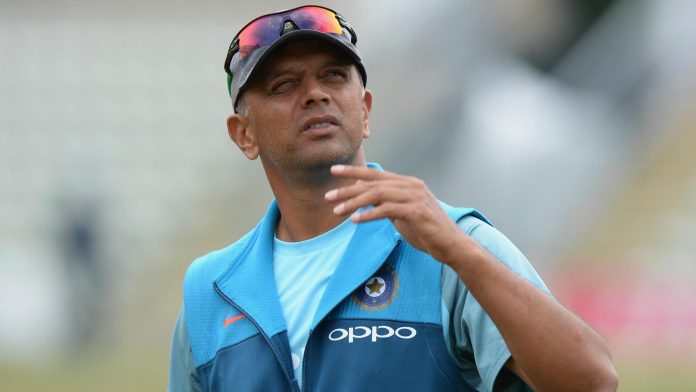 The advertising agency can produce special moments that show the fans things they can never imagine. Such was the case when Rahul Dravid did the latest Cred ad. In this advertisement, he was seen being violent for the first time. Dravid is also known as THE WALL and has been known to be the calmest and composed player in the Indian team.

Though he has retired from cricket now and is coaching, the advertisement really struck a nerve. The funny one for sure. Nothing serious but it was quite interesting to see the legend in this avatar.

It was a once-in-a-lifetime opportunity for everyone to see Rahul Dravid lose his cool. He has not really done it on the cricket field too often. That is why this was such a unique ad. Though many stars have followed pursuit, this was just something very special.

Cred uses a lot of its funding in these ads and the quality has now really improved. Such is the case and the video went really viral. Tanmay shared it on his YouTube channel, as he loves to VLOG a lot.

It was just a funny ad and hats off to the makers. Tanmay Bhat was one of the writers for his ad and the guy involved in its making. Even current Indian skipper Virat Kohli found the ad funny enough to be shared.

Never seen this side of Rahul bhai ?? pic.twitter.com/4W93p0Gk7m

Though the ads of the company are brilliant, the app may be far from desirable. Well, some may agree with our assessment of the same. While others may like it. We let you go figure it out for yourselves and let us know on our Facebook Page!! Cheers!!

Thank You Rahul Dravid For All Your Contribution To Indian Cricket

Without a doubt, Rahul Dravid is a cricketing legend. For any Indian fan, he is one of the most technically gifted batsmen of all time. In the above video (which Tanmay Bhat shared), he also showcases the difference in handling the bat. He talks about how Sachin Tendulkar holds the bat and how ideally any batsman would.

He is also a good mentor to the young talents coming out and performing for India. A lot of fans had turned to Twitter to thank him, post the spectacular comeback in Australia. Rahul Dravid has been working quietly behind the scenes a lot.

He is one of the humblest players to ever grace the game and will never be forgotten for his selflessness. If cricket is the GENTLEMAN’S GAME, Rahul Dravid is that GENTLEMAN without a doubt!!