Brock Lesnar has always been the top star in the world of wrestling ever since his debut. He was destined to be the face of WWE and his meteoric push during his initial run was the testimony of that. So, due to his status in the company during the 2000s, he was allowed to choose his opponents and whom he feels comfortable working with.

It is no secret that if given an opponent of his choice, Lesnar likes to give his 100% to make his matches work. It is always hit and miss with Lesnar matches as the quality of the said matches depends on The Beast’s moods. However, the matches that have received positive responses from the audience are the once in which Lesnar hand-picked his opponents like his matches against Finn Balor and Seth Rollins. Such was the case in 2002 as well when Lesnar picked Big Show to work with.

Big Show recently talked to Corey Graves in an episode of After The Bell podcast, in which Show revealed that Lesnar asked to work with him during his first run. 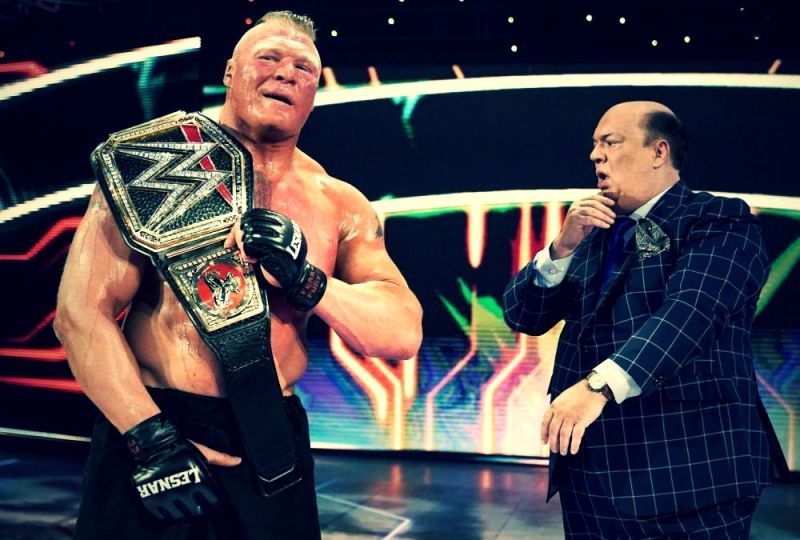 During the time, Big Show had just returned to the main roster after spending time in WWE’s developmental territory, OVW. He was being mainly used in the mid-card at that time but faced Lesnar in an impromptu match in a live event where both tore the house down. After that, Lesnar requested to work with Show on television. According to him, WWE was ‘sleeping on’ Show and was not using him to his full potential.

I remember hearing the story that they [WWE] were asking Brock [about] his next opponent, and he goes, ‘I wanna work with Show. He is a giant, he can work.

Their rivalry featured many memorable moments including the ‘ring break’ spot on SmackDown and Paul Heyman betraying his client at Survivor Series 2002.

Big Show gives credit to The Beast-Brock Lesnar for turning his career around, as Show got to feature in many prominent feuds later in his career and was booked as the force to reckon with.

Brock and I started working and tearing the house down and it changed a lot of people’s perceptions of who I was as a talent and who I was as an individual, and I really owe that break to have them [WWE] re-look at me and it is because of Brock.

Big Show is now semi-retired as an in-ring wrestler. Lesnar is a part-timer in WWE and is scheduled to defend the WWE championship against Drew McIntyre at WrestleMania 36 next.

#BROS who dress the same together, #WIN together #NXTDetroit pic.twitter.com/UFzJoHTVDv

In other news, Matt Riddle has debuted his new ring-gear which will instantly remind you of his tag team partner, Pete Dunne. The gear is the matching singlet with Dunne and if the pictures are to be believed, Riddle is really enjoying his newfound friendship with the Bruiserweight.

The duo is the current NXT tag team champions, which they won by defeating The Undisputed Era at NXT TakeOver: Portland. They will be keen on holding on to the titles for a long time.