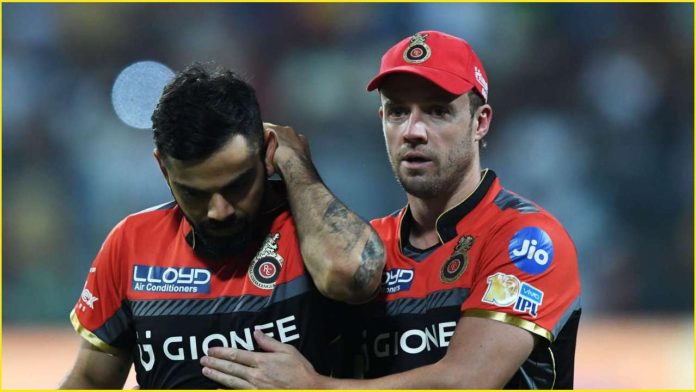 The Indian Cricketer turned commentator, Aakash Chopra recently said that a captain is as good as his team. He said this while speaking on Virat Kohli’s journey as the captain of the Royal Challengers Bangalore (RCB). Virat Kohli has been an integral part of the RCB since the first season itself in 2008. He became the captain of the side in 2013. However, RCB has still not won the IPL trophy.

That is rather disappointing, knowing the kind of players that they have in their side. Their fan-base is huge and it is disappointing to see them go down every year. Things have not really looked positive for them and everyone wants that to change. This includes the likes of former Indian cricketer Akash Chopra.

Virat Kohli led the side to the finals in the 2016 IPL season. However, they lost against the Sunrisers Hyderabad in the finals. In the last two seasons, RCB has got off to a very poor start with a string of losses. This has made it difficult for them to even qualify for the playoffs.

They are a good team that has always underperformed. Due to this, the Pundits have really slated them and Virat Kohli a lot in recent years. The reasons for their poor showing are many but the Indian captain does get the blame as well.

Aakash Chopra feels that it is not difficult to point out mistakes in RCB’s team selection. When talking about the same, the cricketer turned commentator and analyst said, “He is surely not a successful IPL captain. The team has not done well, it is actually a fact. And it is not one or two years, but many seasons.”

“There are manifold reasons for that. First thing is that they do not pick the correct team. If you see their squad’s strength, you can observe glaring mistakes. You can punch holes in that.”

What Chopra further said during his video on his YouTube channel?

Chopra said that the RCB team has put their entire focus on the top order batting. RCB’s top order has had the likes of Chris Gayle, Virat Kohli, AB de Villiers, Brendon McCullum and Quinto De Kock over the last few seasons. This is the real testimony to Chopra’s words.

“There are no fast bowlers, who will bowl at the death, who will bat at No.5 and No.6. They have never addressed these problems. It is a top-heavy batting team, always a thin bowling lineup, the same Yuzi Chahal, just the one fast bowler, that’s about it.” “If you do not pick the team properly, do not expect miracles from a captain. Kohli is now the player to score the most number of runs in the IPL. He has even scored five centuries in the IPL. In 2016, he scored four centuries and almost scored 1,000 runs in a single edition of the IPL.”

It will be interesting to see what the fans think about this. This could actually once again spark the whole Rohit Sharma-Virat Kohli captaincy debate. Things could get quite interesting.