The rivalry between the two Indian cricket stalwarts, Gautam Gambhir and Virat Kohli is well-known all over the cricket world. Gambhir has never left any chances to take a dig at Virat Kohli for his Indian Premier League (IPL) and captaincy in Limited Overs Cricket. However, he praised the captaincy of Virat in Test Cricket, without a doubt. Virat always keeps calm and has ignored his comments in the past and continues to do so in the present.

Despite that, there is a new round of maligning that has been started by Gambhir on Virat and Delhi & District Cricket Association(DDCA). He claimed that from six-seven months, DDCA was telling him that the stand will unveil early. However, they took too much time to unveil the stand that was to be named after him. Also, initially it was planned that the pavilion in the Arun Jaitely Stadium would be named after Gambhir but suddenly DDCA honoured Virat Kohli with the pavilion to his name.

Gambhir said, “I am honoured to have a stand-in my name, do not know why it got delayed and why Virat has a stand before me. Only the President can have the answer to that. I really do not know what has transpired. I was promised all sorts of things but nothing happened.” 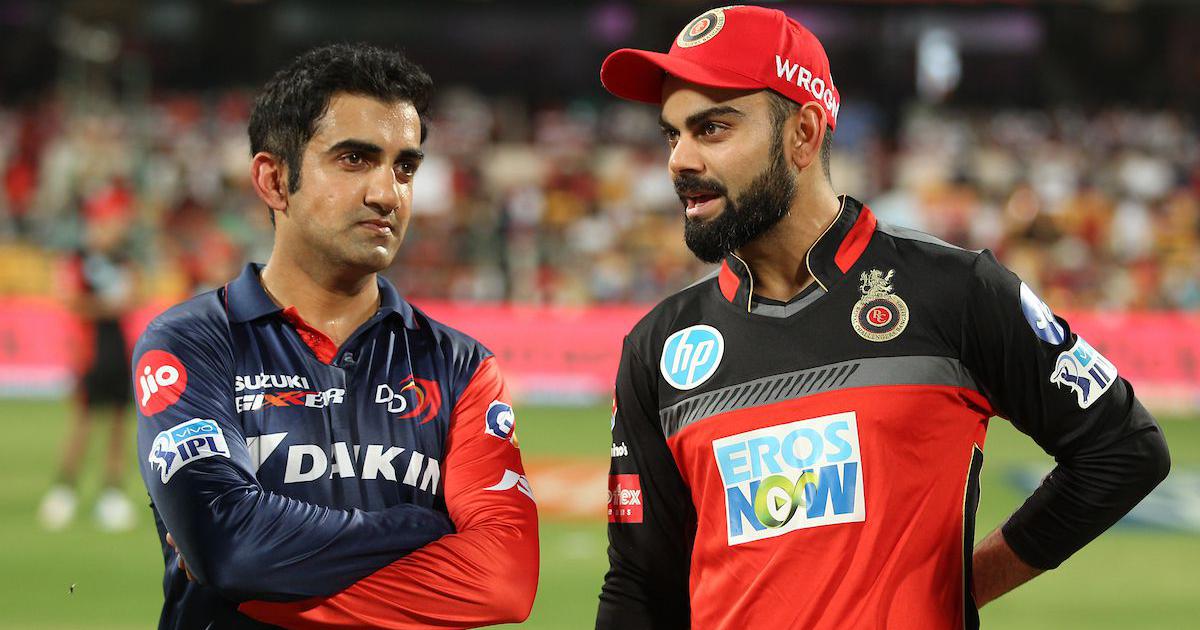 Gambir added, “I think the President can answer this question better because earlier I was told that stand will be unveiled during the India versus Australia game (in March), then they said it will be the first game of the IPL, they said the hot weather (local tournament). This was what was told to me in the last six to seven months.”

DDCA president Rajat Sharma, who is a famous journalist wasn’t present on the occasion of naming a stand after the former India opener. Sharma had resigned earlier this month and was asked to continue on the post. Indian greats like Mohinder Amaranth and Bishan Singh Bedi have a stand to their name, along with team India skipper Virat Kohli. Former Indian opener Virender Sehwag and former Indian women’s team captain Anjum Chopra have their name on the gates of Arun Jaitley Stadium as well.

Gambhir played for only Delhi in the domestic circuit of India, along with the Delhi Capitals in the IPL. He played 198 First-Class matches, 299 List A matches and 251 T20s in his domestic career. Gambhir retired from International Cricket in 2018, after amassing 10234 international runs. The Delhi Capitals’ former player was really critical about the policies of the DDCA. He questioned the eligibility of the senior Delhi team selectors committee, comprising of Atul Vassan, Vineet Jain and Anil Bhardwaj. He claimed Vineet Jain never played for Delhi. So, appointing Jain in place of former players of Delhi is not justified.

He also claimed that when he was the Director of the DDCA, none of his recommendations had been taken seriously. He claimed that he had recommended scholarships for 100 cricketers who do not have jobs, raise in the everyday allowance, indoor nets at the Kotla considering unhealthy the air of Delhi, change of pitch-square in the Arun Jaitely Stadium as it is too slow and more.