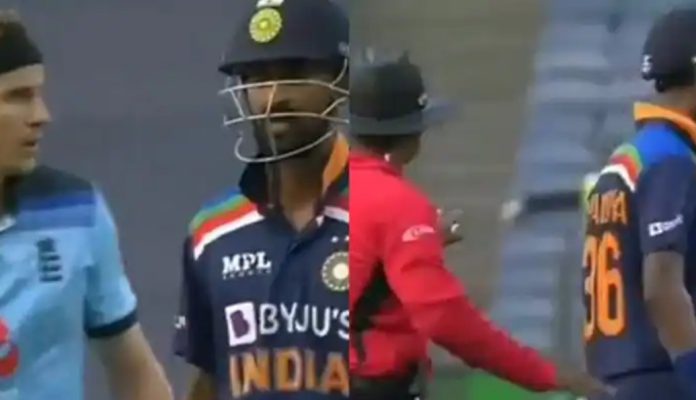 Krunal Pandya kicked off his ODI career with a bang. He earned his maiden ODI cap today in the first ODI of the series against England in Pune. He made full use of the opportunity as he slammed a half-century to guide India to a total of 317 runs for the loss of just five wickets.

Krunal scored his half-century in just 26 balls and has now registered the record of the fastest half-century ever by a debutant in ODI cricket. He went past John Morris of (35 balls) of New Zealand, who set the record against England way back in 1990. He is also the fastest Indian batsmen to reach a half-century since 2012. Krunal Pandya played a knock of 58 off 31 balls which included seven fours and two sixes.

KL Rahul supported him well at the other end who himself scored an unbeaten 62 runs off 43 balls. Both of them steadied the ship when India were 205 for the loss of five wickets at the end of the 41st over. India was nowhere close to reaching the 300 runs total. However, both of them inflicted damage on the England bowlers and compiled a 12-run stand in just 9.3 overs to guide India to a total of 317.

Krunal Pandya was in headlines not only for his batting but also for his verbal altercation with England all-rounder Tom Curran. At the end of the 49th over of the Indian innings, when Krunal hit Tom Curran’s delivery to the long-off for a single, the incident took place. While crossing over for a single, Curran said something to Krunal, which the latter heard and decided to reply. 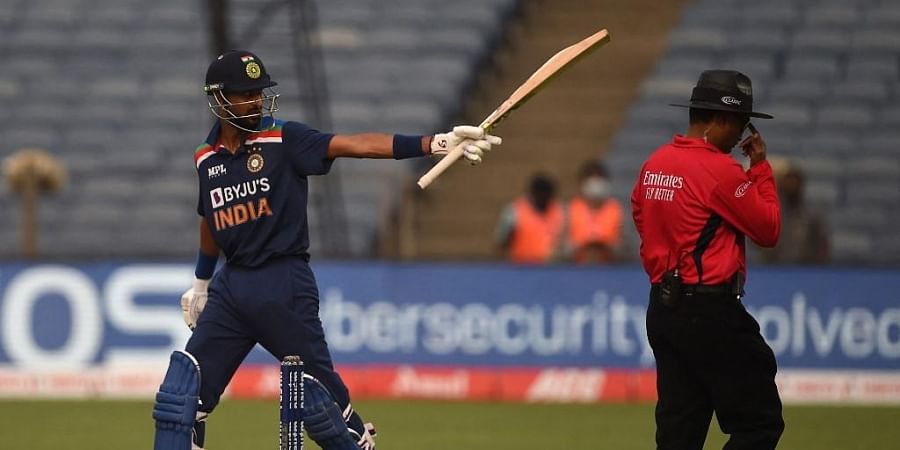 It was a dramatic exchange on the field. However, the umpires decided to intervene before the matter went out of their hands. But, Krunal did not stop there as he continued saying something to Curran, while he gently walked away to the bowling mark. Jos Buttler too said something to Krunal Pandya. It is still not clear what Curran might have said to Krunal that infuriated him.

Here is the video of the incident between Krunal Pandya and Tom Curran:

When Krunal Pandya and Tom Curran broke into argument.

Fastest 50 by Krunal Pandya with a verbal between Tom Curran and Buttler Dhawan Gabbar pic.twitter.com/po1ay4L3nJ

and look who is gearing up

India won the match by 66 runs

While chasing a total of 318 runs, England had a fiery start. Both the English openers, Jason Roy and Jonny Bairstow smacked the Indian bowlers all over the mark. They raced to 125 runs in just 13 overs. However, the Indian bowlers made a dramatic comeback riding on the second spell of Prasidh Krishna and Shardul Thakur. Krishna picked up a tally of four crucial wickets in his 8.1 overs giving away 54 runs.

Shardul Thakur picked up three wickets in his six overs giving away 37 runs. Bhuvneshwar Kumar was as usual impressive picking up a couple of wickets in his nine overs and giving away just 30 runs. Krunal Pandya also picked up his maiden ODI wicket. Jonny Bairstow was the top scorer for England scoring 94 runs off 66 balls. Jason Roy scored 46 runs off 35 balls. None of the other batsmen could support them, as England slipped to a 66 runs defeat.