Mumbai Indians will face Rajasthan Royals at Sheikh Zayed Stadium in Abu Dhabi. Mumbai Indians are coming into this match with a big win against Chennai Super Kings. The fast bowlers of Mumbai Indians have made a huge difference at Sharjah. They have picked up four wickets with conceding only three runs in first four overs of the match. Mumbai Indians have been able to chase the total without losing a single wicket in that game.

On the other hand, Rajasthan Royals have lost their previous match against Sunrisers Hyderabad. After that defeat, their chances for qualifying into the playoffs have decreased a bit. Now they need to win all their remaining matches and they will have to depend on the other teams to qualify for the playoffs.

The pitches at Abu Dhabi have something for the pacers upfront. So, the toss winning captain will like to chase down the score. The pitches are not changing much in the second innings. Moreover, dews are coming into play in the night games. So, chasing will certainly be the better option in this ground. 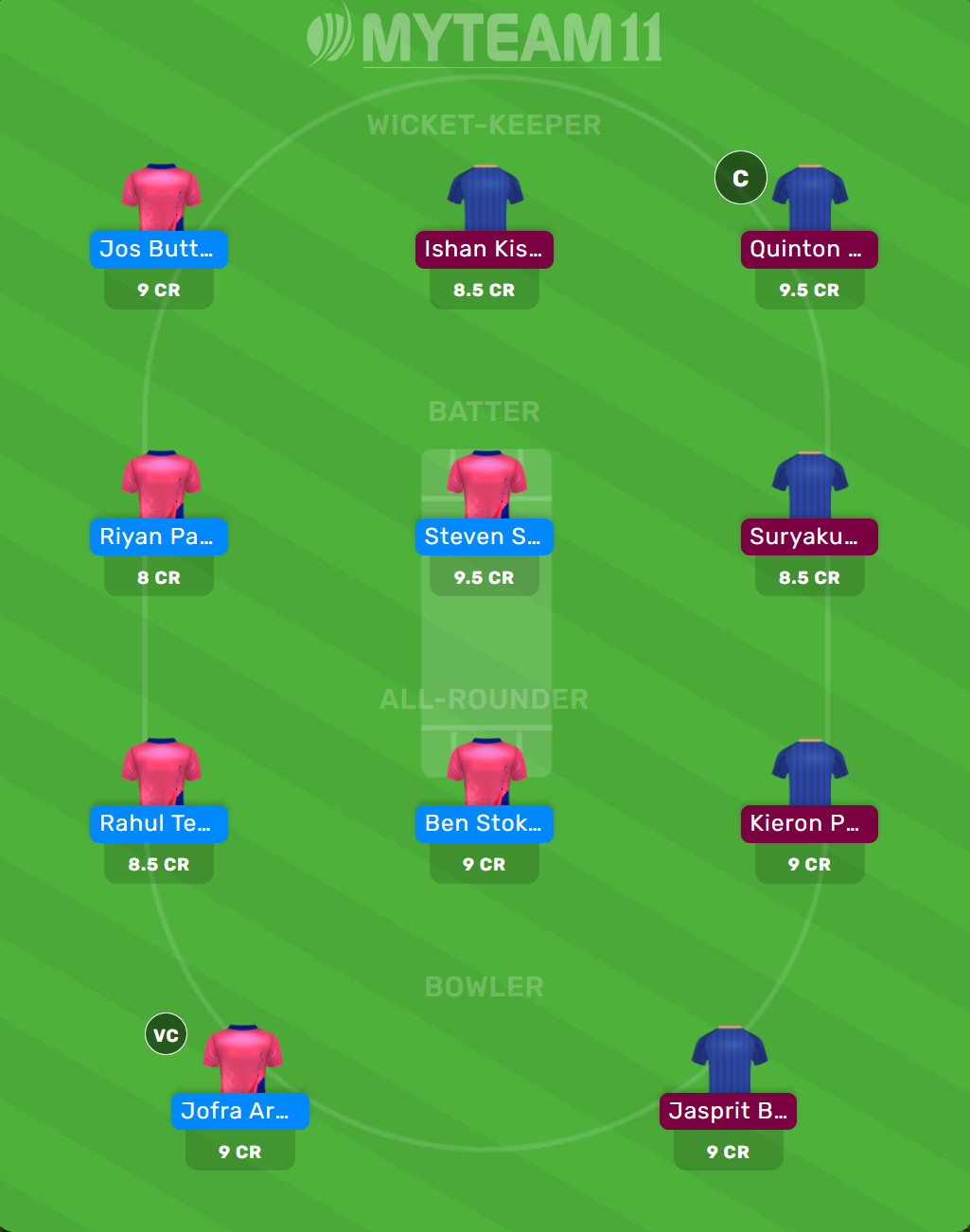 The MI team management has rested Rohit Sharma in the previous match and he will be back in the starting XI again in the next match against Rajasthan Royals. Ishan Kishan has been given the chance to open the innings for MI. Ishan Kishan has used the opportunity to get back his form in this match. Quinton De Kock is also in good form this season for Mumbai Indians. Rahul Chahar is also very important for this side. He is doing a great job in the middle overs for Mumbai Indians. Hardik Pandya and Kieron Pollard have not been at their best so far. The team needs them at their best in the later stage of the tournament.

On the other hand, things are not going well for Rajasthan Royals in this season. Jofra Archer has played really well for Rajasthan Royals in this season. In the previous match, he has taken two important wickets of Johnny Bairstow and David Warner in back to back two overs. Rajasthan Royals’ captain Steve Smith has not given him the chance to bowl the third over in the power play. The decision of opening with Ben Stokes has also not worked so far. They will need to change a lot of things. However, there is not much time left for that.

Wasim Jaffer’s Savage Reply To A Cricket Fan Who Tried To...