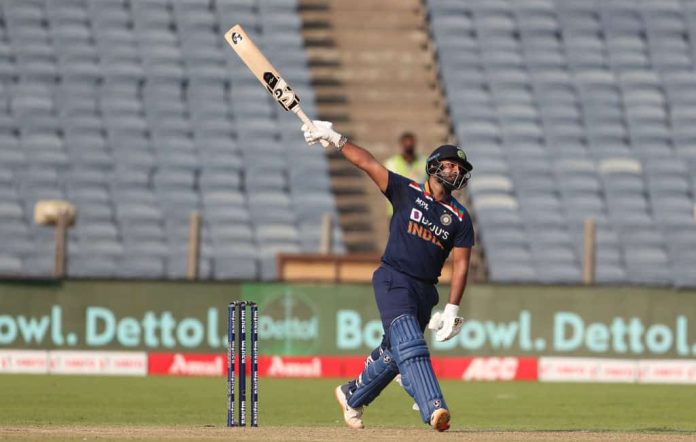 Rishabh Pant finally got his opportunity to play in the ongoing ODI series between India and England. He was in show during the second ODI against England after sitting out of the team in the first ODI. India was once in a dangerous situation after losing well-set captain Virat Kohli. The Indian score was 158 for 3 after 32 overs at that stage when Rishabh Pant walked into the crease to join KL Rahul.

When England dismissed Pant, he had already shifted the momentum to India’s favour by then, as India raced to 308 for the loss of 5 wickets at the 47th over. He played a fiery knock of 77 runs of 40 balls. His innings included three fours and seven huge sixes. Pant scored his half-century in just 28 balls.

It was Pant’s first ODI game since February last year. He got an opportunity to play in this match due to Shreyas Iyer’s absence due to a shoulder injury he suffered in the last match. He made full use of the chance he got by scoring a quickfire half-century. Pant will be hoping that this knock finally brings his ODI career back to life.

Although Pant hit seven huge sixes during his innings, his one-handed six off Sam Curran‘s bowling caught the attention of all. Curran tried to deceive Pant with a slower delivery on the third ball of the 46th over. However, he could not land it in the perfect spot that he would have wanted and that was enough for Pant to hit him for a six. 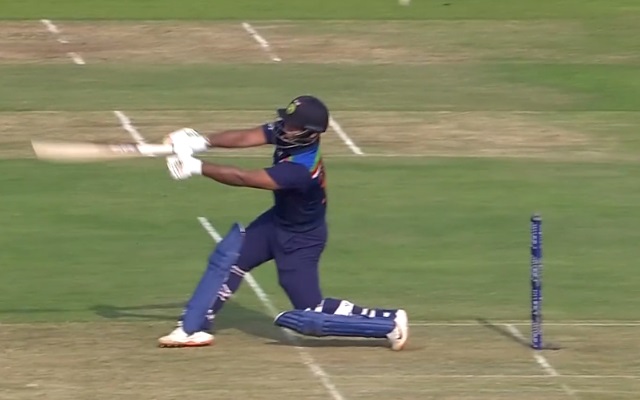 The ball was outside off and it was a slower delivery. Pant backed his skills and power and threw his hands at it. His one hand came off the bat but his power was enough to take it over the fence.

Watch the video of the shot:

What happened in the second ODI between India and England