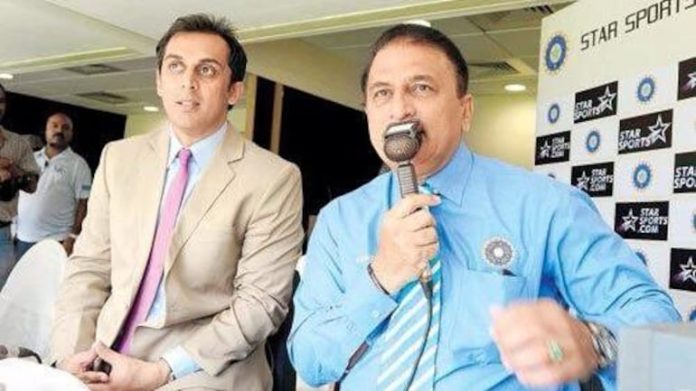 The Rohan Gavaskar Story- Social media is gradually becoming a mean place for everyone, including famous celebrities. Constant trolls and hate comments have started taking a toll. Due to the emergence of fake accounts, people are abusing others without exposing their identity. These trolls have now stepped their foot in the crickets world as well.

Recently, former Indian cricketer Rohan Gavaskar got trolled on Twitter for a remark that he made on India’s poor batting performance in the first test. However, the spinner came out with a witty reply that cricket fans are loving.

Not many cricketers are fortunate enough to take a wicket in the first ball of their International Cricket debut. Well, Sunil Gavaskar’s son Rohan Gavaskar, is one of those fortunate souls of Cricket. On 18th January 2004, young Rohan made his ODI debut for team India against Australia.

The spinner got a dream start to his career as he got a wicket in his very first ball (caught and bold). The catch that the Youngster took is still considered to be one of the best catches an Indian has ever taken.

What Rohan Gavaskar Said To The Troller?

However, Rohan Gavaskar’s career did not last long. In fact, he played the last ODI of his match in September 2004! He didn’t even get a year of exposure. Many think that he should have been given some more chance. He now works as a Cricket Commentator and does cricket analysis as well.

A) I’m not your buddy B) yes I have . C) stick to making your fantasy teams . D) move out of your parents house . https://t.co/LM6Q8oeKVT

Speaking about India’s horrible batting performance in the second innings of the first test match against Australia, Rohan Gavaskar tweeted on his Twitter handle, “Are we just witnessing the birth of a new format? First innings test match-second innings t-20. Best of both worlds.”

This was when a fan trolled him by questioning about his credibility to judge the Indian batsmen. The fan opined,” Have u achieved anything in cricket buddy? Why u r commenting such with their level? First, achieve something in life. U r just like a little kid till now.”

The Story That Followed And How The Fans Responded?

Many of the celebrities do not respond to trolls and try to avoid them. However, Rohan Gavaskar was not ready to step aside. He instead outwitted the troller by saying, “A) I am not your buddy B) yes I have. C) stick to making your fantasy teams. D) move out of your parent’s house.”

However, the troller then took things to a personal level and Rohan Gavaskar hasn’t responded to that as of yet. The troll said, “Hey man, With the way U r commenting, looking like u already achieved a lot in pink ball test…secondly u shouldn’t have any kind of headache about my fantasy journey🤣” The Comment From A User That Made Rohan Gavaskar Happy

Most of the fans are supporting Rohan Gavaskar on this issue. One fan commented in his favour, “First time saw you play at the Eden when I was a kid and my old man admiringly said: look at him, a proud father’s son! Every time I hear your name, that memory of my dad in that cool morning rushes in. These trolls are beneath you, Rohan. You have a gem of Indian cricket.”

Some known figures of cricket, like Gaurav Kapoor and Amol Mazumder, have supported Rohan’s savage reply as well.