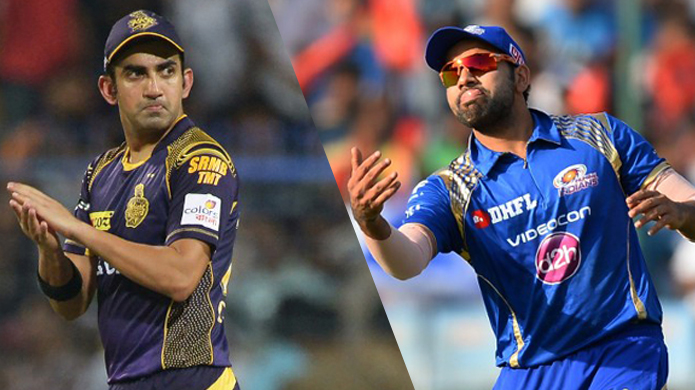 Indian Cricket Team vice-captain and opener Rohit Sharma had his 33rd birthday on April 30. Social media wished the birthday boy. They wished him amidst the sorrow due to the passing away of two of the legendary icons in Bollywood, Irfan Khan, and Rishi Kapoor. Rohit thanked his fans and followers for their wishes. However, he even said that this was not a good and memorable birthday for him due to these incidents.

The Indian cricket fraternity decided to cheer up Rohit with their birthday wishes. Former Indian opener and current MP, Gautam Gambhir also wished Rohit Sharma. He wished him with one of the biggest compliments.

Gambhir called him the best white-ball player currently while wishing him. He also wished that Rohit has a great year ahead. “Happy Birthday to the best white-ball cricketer in the world @ImRo45! Have a great year ahead,” Gambhir tweeted. Rohit is undoubtedly one of the best players in limited-overs cricket, if not the best. He is also the one to have the best average among openers in limited-overs cricket since 2013. MS Dhoni promoted him as an opener in 2013.

Happy Birthday to the best white ball cricketer in the world @ImRo45! Have a great year ahead!! pic.twitter.com/PJqDTVcohy

The next day, Rohit Sharma decided to thank his friends and colleagues personally, who have wished him. He saw Gambhir’s best white-ball tweet. He replied to Gambhir, thanking him but decided not to speak about the best white-ball player compliment.

Rohit thanked Gambhir for his commendable work off the cricket field, after his retirement. Rohit tweeted “Do not know about that Gauti Bhai. But loving your work.” Gautam Gambhir is currently a BJP MP from Delhi. Gauti has led the way in India’s fight against coronavirus pandemic.

He gave away 1 crore INR from his MPLAD funds to assist the Delhi Government to buy equipment to treat the coronavirus patients. He has also pledged his two years salary to PM CARES relief fund. Gambhir also performed the last rites of his domestic maid who used to take care of his family. He called as a part of his family.

Don’t know about that Gauti bhai. But loving your work ? https://t.co/F607dMpjFW

Gautam Gambhir has been amidst controversy in recent times for his Tweets. He has lashed out quite a few times in recent months for various reasons. The fans have not really been pleased about what he has to say. Despite that, he does have his own set of committed followers as well.

Keeping that in mind, this Tweet was in every way in the right spirit. Rohit Sharma is one of the best players in the world at present. On his day, he can score runs at free-will. He ends up converting those starts into big centuries, more often than not.

The Indian cricket fans would be surely delighted with this health chat. It will be interesting to see how Rohit Sharma now progresses in his career. He was expected to lead the Mumbai Indians’ side to more glory in this year’s IPL. The tournament has been indefinitely suspended for now and only time will tell if we have it this year or not.