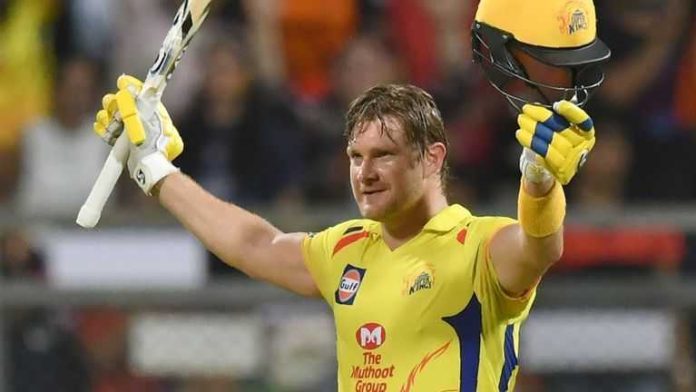 CSK opener and former Australian star Shane Watson has done something special now. The attack-minded batsman has put in a special performance with his opening partner, Faf du Plessis. The team from Chennai managed to beat the Kings XI Punjab with ease. They strolled to a comfortable ten-wicket victory.

To add to that, both the openers made 80+ runs and it was just a perfect win. MS Dhoni looked sharp as a captain and behind the stumps. The bowling looked much better. The team looked balanced with Dwayne Bravo finally back in and looking it. Even Ravindra Jadeja seemed to have found his lost mojo in the last two games.

What Was The Problem For CSK And Shane Watson?

After a dicey start for last year’s finalists, things do seem a bit better now. They will be keen on uploading their superb record in the IPL, as they look to make it to the semis.

With that being said, some of their players were totally out-of-form. Shane Watson was one of those top stars. He was one of the regular international players that they were picking. Considering the fact that he does not bowl anymore, the team was expecting him to do more upfront, with the bat.

However, that was not the case so far. Keeping that in mind, he has now turned things around. Also, he had already predicted this well in advance.

Jofra Archer is well known for his predictions. Though those are Social Media trolls for laughs on Twitter, this was no troll. Shane Watson had actually said this and it is visible on his profile, as we can see.

Impressive when a player says one thing and delivers it on the pitch. Reminds us always of the time when Cristiano Ronaldo predicted that he would score a hattrick against Atletico Madrid in the Champions League. Indeed he did. He is Ronaldo!! CR7!!

Well, so did Shane. Shane Watson!! The Aussie who has the capability of destroying any opposition on his day. More big things will be expected of him. What Next For The Chennai Super Kings?

Such a huge win for the CSK side. A ten-wicket win is always good to have in the bag. It not just motivates the team but also improves the net run-rate. That is something that every team will be focused on. It can really impact their chances of making it to the playoffs.

With that being said, CSK needs to be consistent now. They have put in a really good performance. This would have raised the expectations of the fans too. Thala and co. really need to build on this superb win.

If they can do that, without a doubt they will be favourites to once again make it to the final. They can possibly try to do what they failed to last season. Win the title!!