In a WWE house show held at Madison Square Garden on Boxing Day, Rey Mysterio’s long-time nemesis, Andrade defeated him to win the United States Championship. A title change was rumoured for the MSG show but no one expected Rey Mysterio to dropped the US title, as he had just won it and is involved in a feud with Seth Rollins. This was a shock as a new US champion was crowned.

The finish of the match came when Mysterio flattened Andrade with a 619 and was going for a splash over the top rope. Andrade got his feet up at the right time to dodge the move before hitting a Hammerlock DDT on the Master of 619 for the pinfall.

This victory was Andrade’s first championship victory since coming to the main roster in April last year, making him the new US Champion. He had previously held the NXT Championship in the Black and Gold brand. He was undefeated on Raw after making a move to the red brand as part of the Draft in October this year till his loss to Humberto Carillo a few weeks ago.

In a statement released by WWE, former NXT Champion got the opportunity, “after claiming a brutal Gauntlet Match win besting Humberto Carrillo.”

It is another plot-hole in WWE’s storyline as Andrade never defeated Carrilo in the Gauntlet match. Fans thought that match ended in a draw after Andrade brutally assaulted Carrillo and Mysterio came to the latter’s aid. Nevertheless, it is good to see Andrade finally holding a single-title on Raw after hovering in the mid-card for so long. 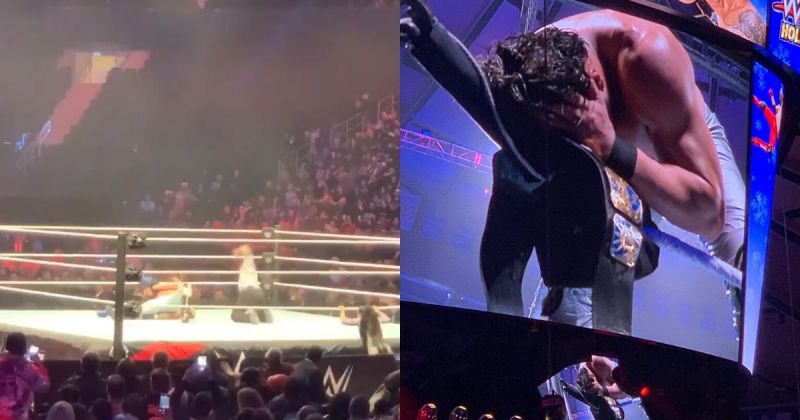 Los Angeles has till now hosted three WrestleManias in total which includes WrestleMania 2 in 1986, WrestleMania 7 in 1991 and WrestleMania 21 in 2005. The most likely location for the event is the SoFi Stadium in Inglewood, California which holds a capacity of 70,240 and can be expanded to 100,240 depending on the event. 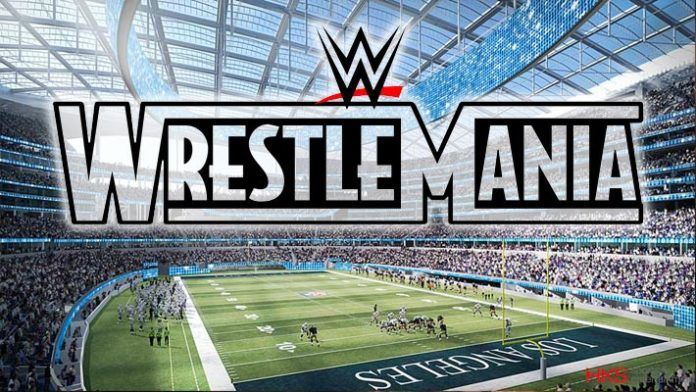 In the meantime, WWE is gearing up for WrestleMania 36, which will be hosted in Tampa, Florida on April 5 next year. No matches have been announced so far but a couple of matches are rumoured to take place. We might see Roman Reigns challenging for the Universal Championship against The Fiend at the event. The Fiend is expected to be undefeated till then. Ever since coming-off his illness, Roman Reigns has been kept away from either of the top titles. This was really refreshing to see, but now it is time for Roman to reclaim his yard.

John Cena is expected to be there in some capacity. He has not missed a single WrestleMania since WrestleMania 19 and wants to be involved next year as well. Cain Velasquez is also rumoured to face Brock Lesnar for the WWE Championship after winning the Royal Rumble.

Jimmy Neesham Replies To Unhappy Fan, As He Choses IPL Over...