Virender Sehwag is known for his so-called witty analysis of the game with a mixture of phrases and synonyms. But sometimes he just crosses the line and lands himself to trouble. He got banned from the commentary by making a silly comment during the World Cup 2019 and such a case has emerged once again. This time in a show with a part of his own.

The former Indian opener recently came up with his dose of cricket named ‘Viru ki BaithaK.’ At that show, Sehwag draws IPL match previews and post-match analysis in a light-hearted manner added by his known jokes. There he raised some eyebrows by making a few comments on SRH, which didn’t go well with the fans. Virender’s insulting remarks on SRH received a lot of backlash from the supporters.

What Were The Comments That Virender Sehwag Made?

Sehwag is known for his fearless batting with the bat and with the mouth as well. With this nature of him, he went on to criticize SRH’s dull batting display funnily and joked that SRH should grant a walkover to Mumbai. Sehwag made this statement knowing the fact that the game was going to happen in Sharjah.

The comments, if translated in English, read as follows: Hyderabad should grant walkover to Mumbai as they don’t have the batting strength to rake up 200 plus runs. Hyderabad is capable of putting up a total of 150 on the board. And, if Mumbai bats first, they will put up more than 200 on the board.

The supporters took those to their heart and rowed the retired cricketer on Twitter. One said, ‘Cheap very cheap’. Another describes Sehwag’s comment disrespectful to the team, Sunrisers Hyderabad. 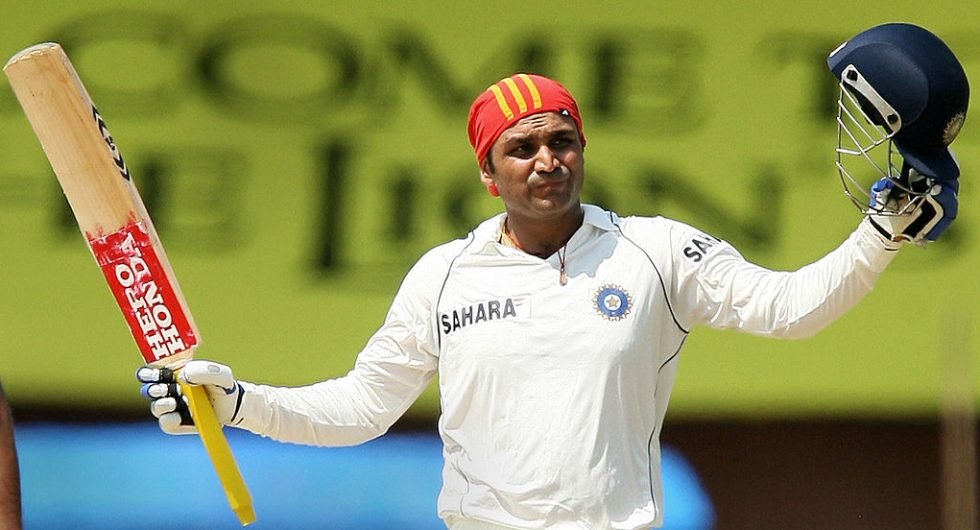 Was Sehwag Was Really Wrong In What He Said?

However, Sehwag wasn’t much wrong in his match analysis as Mumbai did cross the double hundred scoring mark to set a scoreline of 208 after batting first. More so, SRH lost the game by 34 runs as they failed to cross the 200-run mark, stagnating at 174 after losing seven wickets. However, Hyderabad fought hard to get close to the target. It was SRH’s bowling that was at fault. Siddarth Kaul of SRH picked up two wickets but squandered 64 runs in his quota of four overs. Sandip Sharma also gave 41 runs. Besides, a few dropped catches gave Mumbai’s batsmen the right to score more runs on the trot.

Hopefully, the fans are a bit more forgiving in the days to come. Sehwag is good with regards to his analysis. Despite that, he should be using the right kind of words.