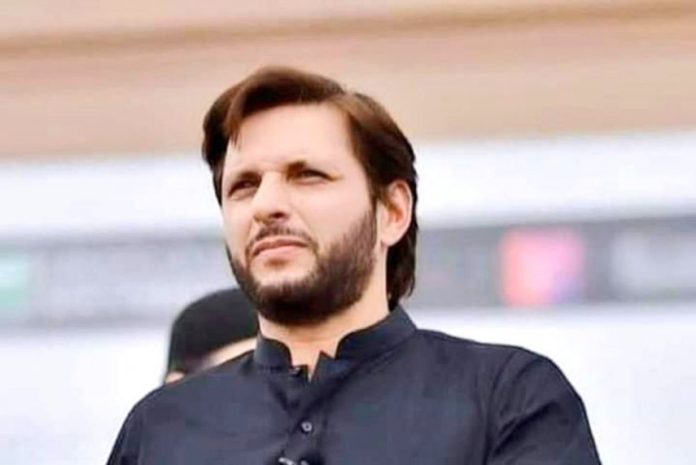 The PSL has produced some great moments over the years. Due to that, it has been a fan favourite in some parts of the world. These moments have given Social Media hearty laughs and they have gone viral. Some of the videos of the PSL still attract a lot of attention. Whether that is about cricket or some other on-field or off-field things, it gets all the attention. One such video recently went viral of Shaheen Afridi and Shahid Afridi.

It was from the PSL and the fans really enjoyed the moment. That is because Shahid Afridi, the Pakistani legend could be the father-in-law of Shaheen. This made things even funnier than before. Plus there were some amazing edits from the fans online.

However, here is the Tweet that was sent out by Shahid Afridi recently. Here is what it read as-

Shaheen’s family approached my family for my daughter. Both families are in touch, matches are made in heaven, if Allah wills this match will be made too. My prayers are with Shaheen for his continued success on and off the field.

Well, the game produced a moment of fun and madness. It was Shahid Afridi who first hit Shaheen out of the park. However, Shaheen Afridi came back stronger and clean bowled his opponent. This was in the game from PSL 2018. It was the time when Shahid Afridi represented Karachi, while Shaheen was still playing for Lahore.

Shahid Afridi hit the young pacer on the very first ball for a maximum. Despite that, it was Shaheen who made a beautiful comeback. He bowled the veteran cricketer. This was, as the middle stump flew up in the air and he had to walk back to the pavilion.

The thing that everyone noticed was that Shaheen didn’t celebrate. It was Shahid’s dismissal, who is one of the Pakistani greats. So, as a mark of respect, he held back. However, now people are connecting it with the news of Shaheen Afridi being linked to this Pakistani legend.

So, creative people are out making jokes and memes on it. The best one is surely below-

What a funny video indeed!! The editing of this guy is just superb. Dulhe Raja feat PSL is one epic combination.

What Next For The PSL Amid The Pandemic And The Suspension Of The Tournament?

The recent edition of the PSL was suspended due to the increase in the number of Covid cases. Due to this, the games have been postponed for now. It will be interesting to see how long the fans have to wait for cricket to resume.