Mumbai City FC firm their grip on the top of the table with a dominating 2-0 win over Hyderabad FC in the Indian Super League. A wonder goal from Vignesh Dakshinamurthy and Adam Le Fondre meant that Sergio Lobera’s men too good for Hyderabad FC’s high flying youngsters.

The game was in balance in the first half as both sides have had their chances but were unable to break the deadlock. However then in the 38th minute, a diagonal ball from the right found Bipin Singh in the box who simply volleyed the ball on Vignesh’s path as the left-back came up with stunning volley to nestle it past Subrata Paul. 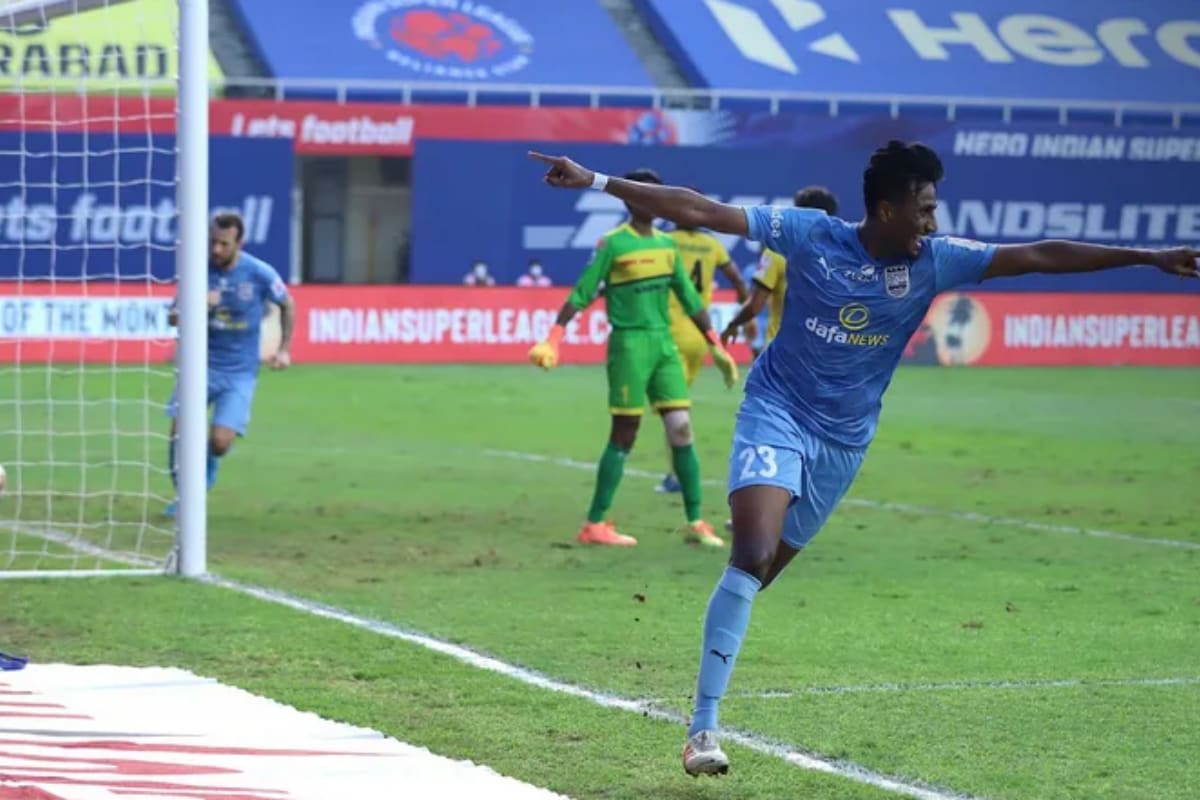 The 22-year old winger turned fullback slotted into the first team when Mandar Rao Dessai had to leave due to personal reasons and now he has made that position his own. His relentless running down the channels on the left flank compliments the way Lobera likes to use his full-backs and it looks like Vignesh is up for big things this season and even in future.

The Nizams have been pretty solid under Manuel Roca as the Indian youngsters have mainly caught the eye. While experienced foreign players like Joao Victor and Odei Onaindia have marshalled the players really well, they still need that firepower upfront to support Aridane Santana. The Spaniard is himself struggling with a few niggles and at this moment getting a few of the foreigners back will be a breath of fresh air for Roca as well. They would like to see players like Fran Sandaza, Joel Chianese and Lluis Sastre get back on the field as soon as possible and compliment the Indians who are putting their heart out on the field.

Ahmed Jahouh the lynchpin for the Islanders

The Moroccan midfielder is simply the pillar of strength for Mumbai City FC. The way he waltzed with the ball and picks up those passes to release players like Bipin Singh, Vignesh and others on the flanks to breaking up play when there is danger looming, Jahouh can do it all with relative ease. The 32-year old is like a chief conductor in an orchestra as he controls the tempo with intricate passes and glides past oppositions just like a hot knife through butter.

Jahouhj did not allow the likes of Hitesh Sharma, Joao Victor and Mohammad Yasir to settle into the game as he controlled the game at his own desired pace. Hyderabad FC’s pace in midfield did give him a few headaches but there he showed composure to shield his back-line and revoke the danger.

“This Is Not Just a Rivalry, They Always Give Barca the Worst Times”, Internet Reacts as Bayern Munich Have Now Won Six Straight Matches...