The Funny BBL Story That Went Viral- The return of spectators in the grounds to witness live cricketing action has been a boon for the game energy-wise. As seen in the BBL, it was also to have with the fun component. An incident that tickled everyone on the ground on Monday, occurred in the game between Melbourne Stars and Hobart Hurricanes.

The BBL Story That Caught Everyone’s Attention And Went Viral

Describing the incident in one sentence one would say- the spectator drunk off the cricket ball and refused to give it back. It was the 16th over of the first innings and Dawid Malan, being the T20 batsman he is, was taking on the bowlers for fun.

Lance Morris came and saw the Englishman deposit the ball for quite a six. However, the laughter parade started when a spectator in the crowd tried catching the ball but dropped it in a man’s beer cup. The man with a cricket ball in his cup drank it up. He then teased the fielder by not giving the ball for some time. However, the ball was returned later. Umpires changed the ball and the innings proceeded.

This moment caught on a lot of giggles on the internet with reactions coming from everywhere. And observing all this could make one wonder how important the fans/spectators are in a cricket match.

A COVID-19 induced lockdown had caused the game to shut down for some time. Later with a start in empty stadiums with some strict protocols and artificial crowd noise, the game did start coming back to the track but without one necessary element – the spectators. However, gradually, the stands have started filling in and people have gotten the liberty to enjoy some live cricket. From the proposals to a man running naked all around the ground, many incidents have caught the eye, and this one is sure one of them. 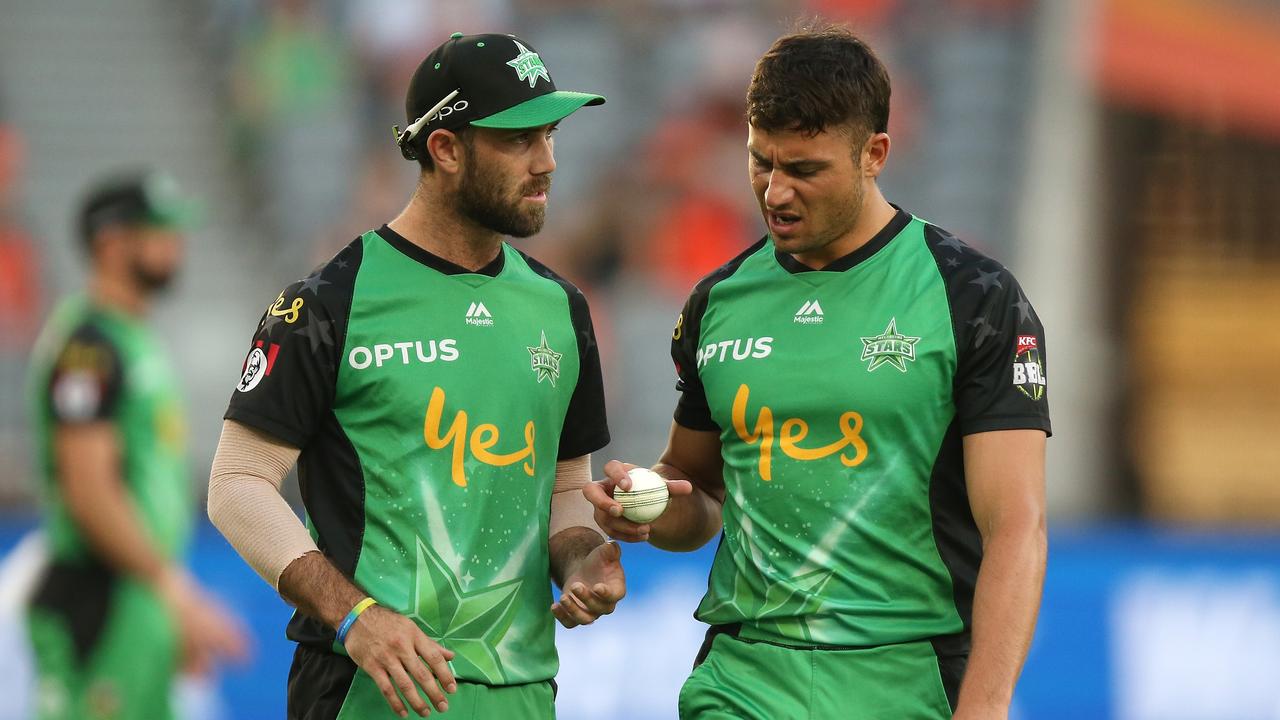 What About The Game And The Performance Of The Two Sides?

Earlier, after winning the toss The Melbourne Stars asked Hobart Hurricanes to bat first. Stars with Glenn Maxwell and Marcus Stoinis- both in their arsenal- seemed to be the best team at the day, chasing a total. However, it was Dawid Malan’s 75 off 56 balls and Colin Ingram’s finishing in 26 off 12 balls, that took the Hurricanes past the 160 run mark. Hobart was restricted to 164 in the first innings, owing to some effective spells by Stanlake (25/3).

Coming on to bat with a clear win in mind, the Stars started by losing openers Marcus Stoinis and Andre Fletcher in the third over. Cartwright departed after causing very little damage too. The game did pick up and seemed one-sided at a point where Glenn Maxwell started punishing the bowlers. The Aussie all-rounder scored 70 runs in 37 balls, slamming six boundaries and five maximums in the meantime. However, Maxwell’s fate met the very experienced Johan Botha who dismissed him off a D’Arcy Short catch. After Maxwell, the greenhouse fell like dominoes and eventually lost the game by 21 runs.