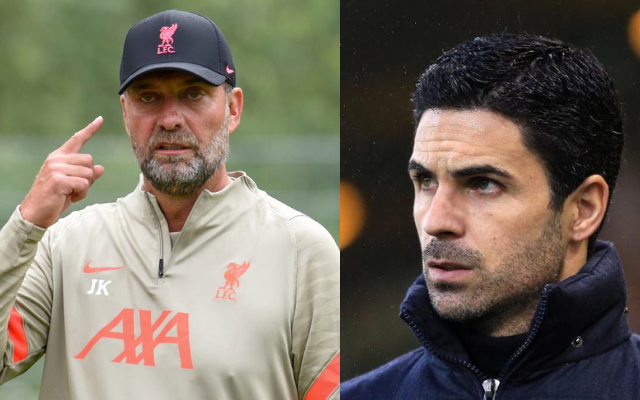 Liverpool and Arsenal are both thinking about making a move for Villarreal star Yeremi Pino. A report says the Spanish team already knows where they’ll spend the money if he leaves.

The 19-year-old winger, who is sometimes just called “Yeremy,” has become a star at the club since Unai Emery took over.

Yeremy played in 31 LaLiga games last year. He scored six goals and set up four others. Even though that doesn’t sound like much, it’s important to remember that he was only 18 when the season began.

Even though he was so young, his performances stood out. In October, he was called up to the senior Spain team.

The Spanish news site AS says that Yeremy has a release clause worth about £67 million. Villarreal is said to have turned down Barcelona’s offer and thought that would be the end of the matter, at least for this summer.

Yeremi Pino versus Pedro Neto is an example of the fan vs professional scouting dichotomy.

Both are good talents but one is almost purely a heads-down carrier while the other is a super clean technician who knows his way in the box.

Guess which is likely to be more impactful?

But AS says that Liverpool and Arsenal have surprised Villarreal by wanting to sign him.

The Sun says that the two Premier League teams are “lining up” their moves. Football London says that they have “locked horns” over Yeremy.

Most likely, the Reds and Gunners won’t use the player’s release clause. Instead, if concrete offers are made, they are likely to be much less than £67 million to test the market.

But AS says that if a good offer comes in, Villarreal will have to make a “difficult decision” about their new star player.

Football London says that if Villarreal does sell, they will use the money to buy Tottenham midfielder Giovani Lo Celso as soon as possible.

The Argentine did well while on loan with the Yellow Submarine for six months last year. They are looking for another loan move for the next campaign. But if they could sell Yeremy, they could try to get him.

ALSO READ: ‘Just Steps Away From Leaving Arsenal’- Mikel Arteta is Set To Lose One Of Arsenal’s World-Class Players

People have said that if they got that much money, they would probably take it because it would help them out financially.

And the sale could match or beat their record sale, which is Cedric Bakambu to Beijing Guoan for £34 million, which happened in February 2018.

🚨 Arsenal & Liverpool have both put an offer of €40m on the table for Villarreal winger Yeremy Pino, however the Spanish side want €60m. [@xavi_jorquera] #afc pic.twitter.com/z51D98iDI7

And Villarreal is more likely to agree to the transfer if Pino says he wants to leave the club.

The Spanish news source also said that it is still unclear whether Arsenal or Liverpool will be the first team to try to sign the 2021 Europa League winner.

ALSO READ: JUST IN: Arsenal is Set To Shell Out £40 Million For A New Alternative Signing in the Midfield

Share
Facebook
Twitter
Pinterest
WhatsApp
Previous articleJUST IN: Arsenal is Set To Shell Out £40 Million For A New Alternative Signing in the Midfield
Next article‘Gabriel Jesus Woke Up Feeling Dangerous’-Fans React as Arsenal Win 4-2 Against Leicester City