Mahendra Singh Dhoni is one of the coolest personalities the game of cricket has ever seen. Hence, he is even known as ‘Captain Cool’. Even, ‘Captain Cool’ has a superstitious side attached to him. Former India left-arm orthodox spinner Pragyan reveals the superstitions that MS Dhoni follows. He was quick to reveal some secrets that the fans may not really have known about. Such is the game of cricket.

“MSD will never wish his team members ‘all the best’ or ‘good luck’ before a game. Because he feels, if he wishes somebody quite a few players he has wished during a game, it ended up in a very different way. That’s maybe why he has stopped it,” said Ojha in a chat with Sports Today. Ojha had a conversation with MS Dhoni regarding his superstitions

Ojha stated that when he had a conversation with MS Dhoni regarding people and their sentiments, then Dhoni revealed this to him. He also said that no players even from the opposition visit him before the match and want to take good luck wishes from him ahead of the start of the match.

“Once we had a conversation about people having different kinds of sentiments and that is when he said he never wishes his players before a game. And before the game, none of the players from the opposition to go him. They do not want any wishes from him.”

Former India cricketer and now commentator, Deep Dasgupta revealed another superstition that MS Dhoni follows. MS Dhoni keeps the pens with him, with which he has signed the match balls for himself. 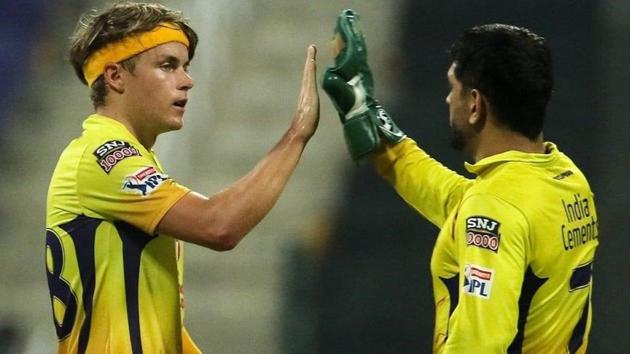 Currently, MS Dhoni is leading the Chennai Super Kings (CSK) in the 14th edition of the Indian Premier League (IPL). His team has won back-to-back matches after losing the opening match of their campaign against Delhi Capitals. CSK currently sit at the top position in the points table.

CSK had a horror year last year in the UAE. They ended the IPL at the bottom position of the points table. They failed to qualify for the playoffs for the first time in their IPL history. Captain MS Dhoni also did not have the best IPL. This time around, the Men In Yellow will be looking to put up a dominant show in the IPL. Even, captain MS Dhoni himself will be looking to prove a point.

Things are looking really good for the team as of now. They are having a well-balanced side and could be title contenders for the season. That is if everything works out as per the plan coming from the management and MS Dhoni himself. Let’s wait and watch. IPL 2021 will be really exciting for sure!!

Yashasvi Jaiswal: The New Face Of Brilliance In Indian Cricket