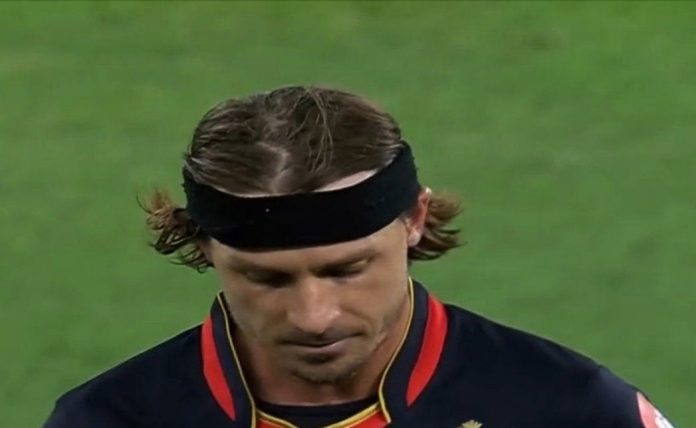 A lot of current and former players have their own favourite IPL teams. Just like the fans, they like to support and cheer for these days. Many cricketers have revealed their favourite teams in the competition, which is the biggest domestic tournament in the world. With that being said, another cricketer who will not be playing in the IPL this year, Dale Steyn, has now revealed his favourite IPL team.

The South African cricketer was recently asked to pick a team. Now, having played for quite a few IPL franchises, the fans thought that the answer would probably be rather difficult for him.

When asked on Twitter about his favourite IPL team, Dale Steyn went for a really different answer. The fans would have thought that he would pick one of his former teams. Steyn has played for four IPL teams so far. These include the Royal Challengers Bangalore, Sunrisers Hyderabad and previously existing Deccan Chargers and Gujarat Lions.

However, the South African pacer decided to take a rest from the tournament this year. He has retired from international cricket but was still playing domestic T20. However, he will not be present at IPL 2021, which was confirmed previously before the auction. IPL 2020 wasn’t the best tournament for him and with the pandemic going around, he decided to rest himself.

When a fan asked Dale Steyn on Twitter about his favourite IPL team, not many thought this would be his answer. Below is the conversation-

All teams, but Mumbai seem to have a solid thing going. QDK also one of my favorite players so always support him too

IPL has been nothing short of amazing in my career, as well as other players too.

My words were never intended to be degrading, insulting, or comparing of any leagues.
Social media and words out of context can often do that.

My apologies if this has upset anyone.
Much love

So, it is evident that Dale Steyn doesn’t just have a favourite IPL franchise, the Mumbai Indians. He also has a favourite Mumbai Indians’ player, his compatriot Quinton De Kock. It will be interesting to see Dale Steyn return to the tournament next year though, with IPL 2022 flaunting ten franchises potentially. What Next For The Mumbai Indians Going Into IPL 2021?

Mumbai Indians will try to defend their title for the third time in a row. They have been the best team overall for the last two years and have done really well home and abroad. Defending their title for a third consecutive time will be something really big. Rohit Sharma and co. will be focused on doing that and they have a really balanced squad.

With that being said, it will be up to the other franchises to leave their mark and prevent that from happening. Dale Steyn will be hoping that his former team RCB can get the job done too. They are yet to win their first title and will want to make an impact. Virat Kohli is eager for an IPL win. Let’s wait and watch if and his team can get the job done this year. Only time will tell!!