ATK is back at the top of the table in Hero Indian Super League with a good win against Mumbai City FC. It was an important three points for the visitors in terms of the League table. Previously the manager of Mumbai City FC, Jorge Costa had an unbeaten run against ATK till date. However, that record was broken on Saturday at the home ground of Mumbai City FC.

Arindam Bhattacharya was there in the Goal for the away side. Victor Mongil Adeva and Pritam Kotal were playing in the centre defence. Sumit Rathi and Prabir Das were chosen as two side-backs.  Jayesh Rane, Mandi and Pronay Haldar were playing as three central midfielders. Javi Hernandez was playing just behind the centre forward duo David Williams and Roy Krishna.

The head coach of Mumbai City FC, Jorge Costa fielded his side with a formation of 4-3-3. Amrinder Singh was there under the bars for the home side. Pratik Chowdhury and Mato Grgic were chosen as the centre back pair for Mumbai City FC. Raynier Fernandes, Rowlin Borges and Diego Carlos were there in the midfield of the home side. Modou Sougou and Mohamed Larbi were there at the wings for Mumbai City FC with Mohamed Amine Chermiti deployed as the lone centre forward.

Both the teams started off the match with an attacking note. ATK took the lead at the 29th minute of the match. David Williams provided a brilliant ball towards Pronay Halder. Pronay placed the ball perfectly into the net. However, he picked up a hamstring injury in the meantime. So he was taken out of the field and Michael Soosairaj was included. Mohamed Amine Chermiti and Diego Carlos were booked in the first half for Mumbai City FC. 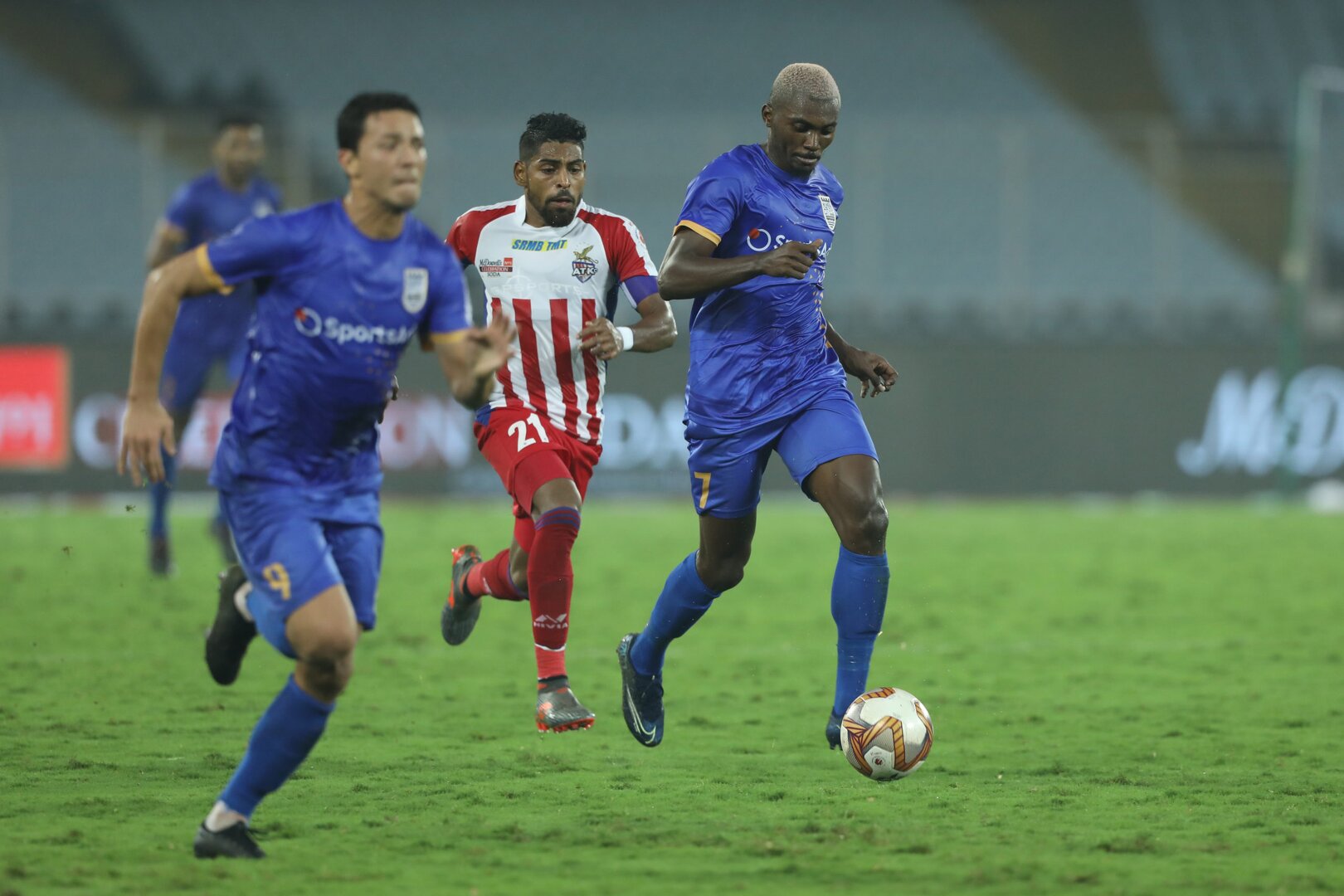 ATK doubled their lead at the 43rd minute of the match. Roy Krishna headed the ball towards Michael Soosairaj. Soosairaj curled the ball perfectly into the goal. The ball was out of the reach of diving Amrinder Singh. ATK finished the first half with a lead of two goals.

Mumbai City FC tried to make a comeback in the second half of the match. Two of their goals were cancelled by the referee which were very close ones. David Williams picked up an injury and he was replaced by Jobby Justin. Arindam Bhattacharya made quite a few good saves in the second half. However, ATK was able to keep the lead until the end of the 90 minutes. ATK won the match by a margin of 2-0 and went to the top of the table.