Robbie Fowler’s SC East Bengal faced 10th placed Kerala Blasters at Tilak Maidan. It was the battle of the bottom half of the Indian Super League table. Kerala Blasters have been the finalist of the competition twice but never tasted triumph. SC East Bengal is having their inaugural season in ISL which justifies their poor form.

They require much more stability with time and more options to choose from their roster. The Bengal-based outfit managed to salvage a draw after a goal during the extra-time as they received a corner at the dying moments of the fixture. 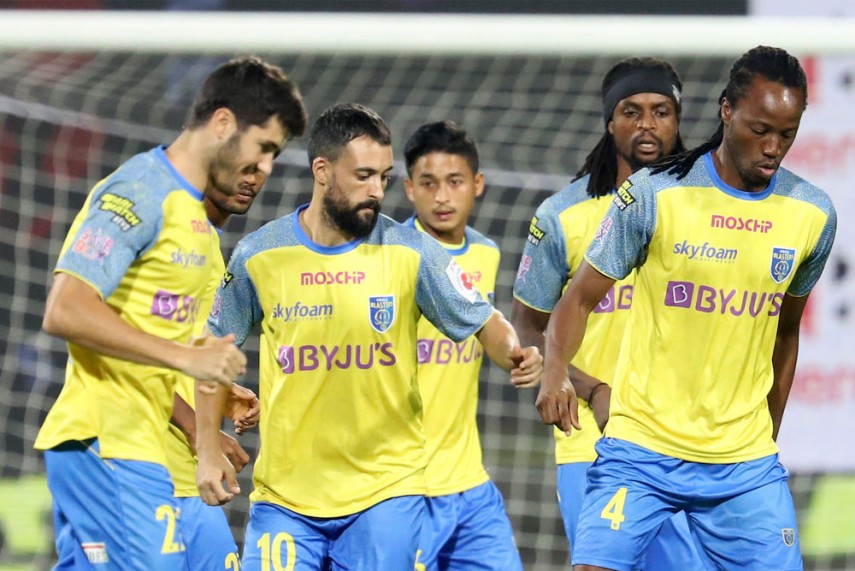 Vicuna’s side came into the match in-form with a win over Jamshedpur FC in their last outing. They had come prepared with a 4-4-2 formation similar to their last fixture. The only change on the side was the inclusion of Nishu Kumar who took the right-back position. Fowler sent out the same team which defeated Bengaluru FC with a 1-0 margin in their last ISL match. Both the teams have had enjoyed wins and so their meet was set to be a thriller.

The Liverpool legend had pitched a 3-4-2-1 formation for SC East Bengal. They maintained 65% of the possession but could not impact with their attack. Seven shots were recorded out of which only 3 were on target for the Kolkata outfit. However, the shot accuracy was worse for Kerala Blasters compared to East Bengal. Vicuna’s men registered 17 shots which shows the onus for attacks out of their 35% possession during the match. Out of the total shots, three were on target. This is a clear statement about their poor performance in front of the goal. 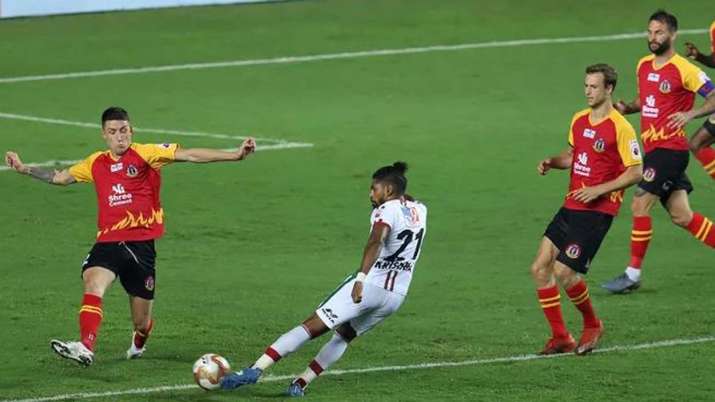 Unfortunate Stalemate: Both sides had their chance to turn the match on their favour

In the opening quarter, Kerala and East Bengal had their chances to net the opener. During the first 20 minutes, it seemed the Blasters were unlucky as they came too close near the goal. However, it was Debjit Majumdar who repelled the continuous efforts of the opponents, either with his saves or his positioning in the box. Also, the striker duo of Murray and Hooper squandered clear opportunities to draw the first blood. Nearing half-time, the Red and Golds took a short corner, and Bright Enobakhare dribbled with ball creating a low ball amidst a crowded penalty box. Kerala skipper Jessel Carneiro almost scored the own goal until he rectified his misjudged footing at the last gasp.

How they managed to pick up a win!!

SCEB conceded in the 65th minute with a long ball coming from Kerala Blasters’ shot-stopper Gomes for Murray. The Australian striker could not control the ball completely but somehow it ended up behind East Bengal’s net as Debjit Majumdar stood in disarray. Aaron Amadi-Holloway could have levelled the match in the 88th minute but failed to convert from a set-piece freekick with Ajay Chhetri on the delivery.

It was 90+5 minutes running when Enobakhare’s cross found Scott Neville hunching for the header helping SCEB finishing the match with a point. As both the sides shared their spoils, they stayed put in their respective positions in the league table, i.e. ninth and tenth. Fowler needs to prepare for Chennaiyin FC as Kerala Blasters need to work on their shot conversion for their fixture against Bengaluru.